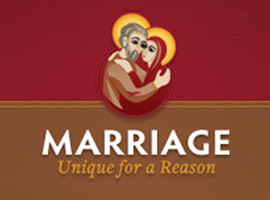 June 26, 2015
WASHINGTON—The U.S. Supreme Court decision, June 26, interpreting the U.S. Constitution to require all states to license and recognize same-sex “marriage” “is a tragic error that harms the common good and most vulnerable among us,” said Archbishop Joseph E. Kurtz of Louisville, Kentucky, president of the U.S. Conference of Catholic Bishops (USCCB).

Regardless of what a narrow majority of the Supreme Court may declare at this moment in history, the nature of the human person and marriage remains unchanged and unchangeable. Just as Roe v. Wade did not settle the question of abortion over forty years ago, Obergefell v. Hodges does not settle the question of marriage today. Neither decision is rooted in the truth, and as a result, both will eventually fail. Today the Court is wrong again. It is profoundly immoral and unjust for the government to declare that two people of the same sex can constitute a marriage.

The unique meaning of marriage as the union of one man and one woman is inscribed in our bodies as male and female. The protection of this meaning is a critical dimension of the “integral ecology” that Pope Francis has called us to promote. Mandating marriage redefinition across the country is a tragic error that harms the common good and most vulnerable among us, especially children. The law has a duty to support every child’s basic right to be raised, where possible, by his or her married mother and father in a stable home.

Jesus Christ, with great love, taught unambiguously that from the beginning marriage is the lifelong union of one man and one woman. As Catholic bishops, we follow our Lord and will continue to teach and to act according to this truth.

I encourage Catholics to move forward with faith, hope, and love: faith in the unchanging truth about marriage, rooted in the immutable nature of the human person and confirmed by divine revelation; hope that these truths will once again prevail in our society, not only by their logic, but by their great beauty and manifest service to the common good; and love for all our neighbors, even those who hate us or would punish us for our faith and moral convictions.

Lastly, I call upon all people of good will to join us in proclaiming the goodness, truth, and beauty of marriage as rightly understood for millennia, and I ask all in positions of power and authority to respect the God-given freedom to seek, live by, and bear witness to the truth.


Promotion And Defense Of Marriage

The Catholic Church promotes and defends the institution of marriage as the union of one man and one woman.
Read the USCCB Statement from Archbishop Kurtz on today's Supreme Court decision and go to the MUR blog site to read statements from bishops and dioceses.Here's a handout with the top questions and answers (en español) about marriage, and the nationwide bulletin insert (en español) available for parishes! Here's the backgrounder (en español) as well.
Pray with us!
Please visit the website dedicated entirely to this issue, with catechetical resources: 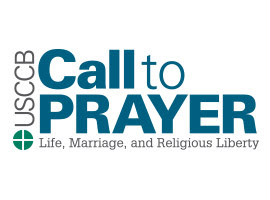 The bishops are calling all Catholics in the U.S. to pray and fast for the renewal of a culture of life and marriage and for increased protections for religious liberty and conscience rights. Click the icon above to join, and  Follow the Call to Prayer Facebook page

Available at Marriage Unique for a Reason!
Posted by Jesus Caritas Est at 10:58 PM No comments: 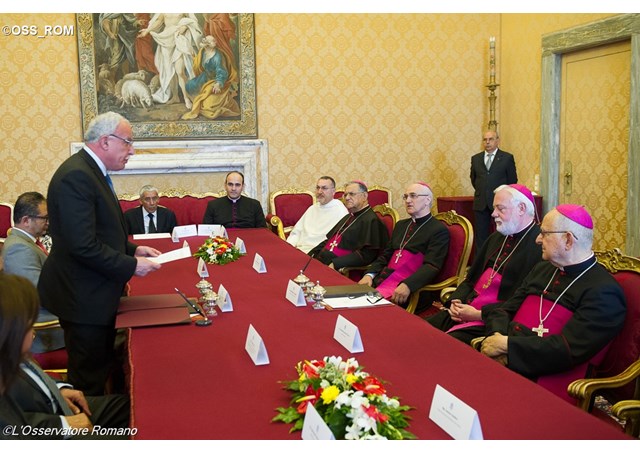 Posted by Jesus Caritas Est at 10:50 PM No comments:

Latest #News from #Vatican and #PopeFrancis at #HolySee

Posted by Jesus Caritas Est at 10:34 PM No comments: 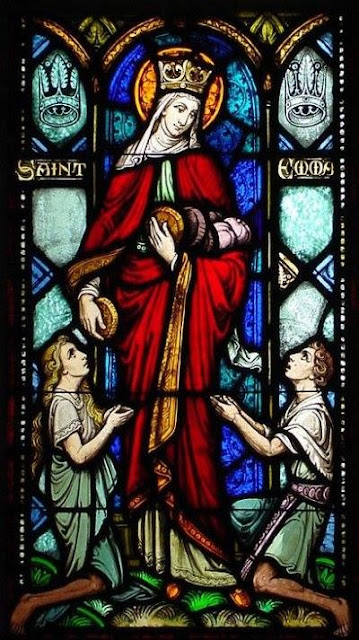 St Emma
Feast day: June 27
Emma was a relative of Emperor St Henry II and also known as Hemma. She was raised at Henry's court by St Cunegund, and according to legend was married to Landgrave William of Friesach. Their two children were murdered during an uprising of miners owned by William. Grief-stricken, he made a pilgrimage to Rome and died on the way back. Emma then decided to devote her life to God. She gave liberally to the poor, founded several religious houses and a double monastery at Gurk,Austria, may have become a nun there. Despite the above legend, scholars believe she was of the Friesach family rather than William and that her son was killed in a battle twenty years after the death of her husband, Count William of Sanngan, about the year 1015, and it was at this time that she began her foundations. Her cult was confirmed in 1938.
Posted by Jesus Caritas Est at 10:05 PM No comments: