Pope Francis "Let us pray together the God of peace, through the intercession of the Virgin Mary" Angelus Video/Text

(Vatican Radio) Pope Francis renewed his call for prayer and concrete assistance for the suffering populations of Iraq this Sunday. Addressing the crowd gathered in St Peter’s Square for the traditional Angelus prayer, the Holy Father also offered prayerful appeals for an end to the fighting between Israeli forces and Hamas militants in Gaza, and for the victims of the Ebola outbreak and for all those fighting to stop it.
“Let us pray together to the God of peace,” said Pope Francis, “through the intercession of the Virgin Mary: Give us peace, O Lord, in our days, and make us builders of justice and peace.” Vatican Radio’s English translation of the full text of Pope Francis’ remarks is available below:
***********************************
Dear brothers and sisters,
The news reports coming from Iraq leave us in dismay and disbelief: thousands of people, including many Christians, driven from their homes in a brutal manner; children dying of thirst and hunger in their flight; women taken and carried off; people massacred; violence every kind; destruction of historical, cultural and religious patrimonies. All this gravely offends God and humanity. Hatred is not to be carried in the name of God! War is not to be waged in the name of God!
I thank those who, with courage, are bringing succour to these brothers and sisters, and I am confident that an effective political solution on both the international and the local levels may be found to stop these crimes and re-establish the [rule of] law. In order better to ensure those dear suffering populations of my closeness to them, I have named [Prefect of the Congregation for the Evangelisation of Peoples] Cardinal Fernando Filoni as my Personal Envoy in Iraq, who shall depart from Rome tomorrow [Monday].
In Gaza, also: after a truce, war has once again resumed – a war that cuts down innocent victims and does nothing but worsen the conflict between Israelis and Palestinians.
Let us pray together the God of peace, through the intercession of the Virgin Mary: Grant us peace, O Lord, in our days, and render us artificers justice and peace.
We also pray for the victims of the Ebola virus and for those who are fighting to stop it.
I greet everyone present, Romans and pilgrims, in particular the youth of Verona, Cazzago San Martino, and Sarmeola Mestrino, and the Girl Scouts of Treviso.
From next Wednesday 13 August, through Monday 18, I will be making an apostolic journey to Korea: please, accompany me with prayer! Thank you. Have a good Sunday and a good lunch. Arrivederci!
Posted by Jesus Caritas Est at 2:47 PM 1 comment: 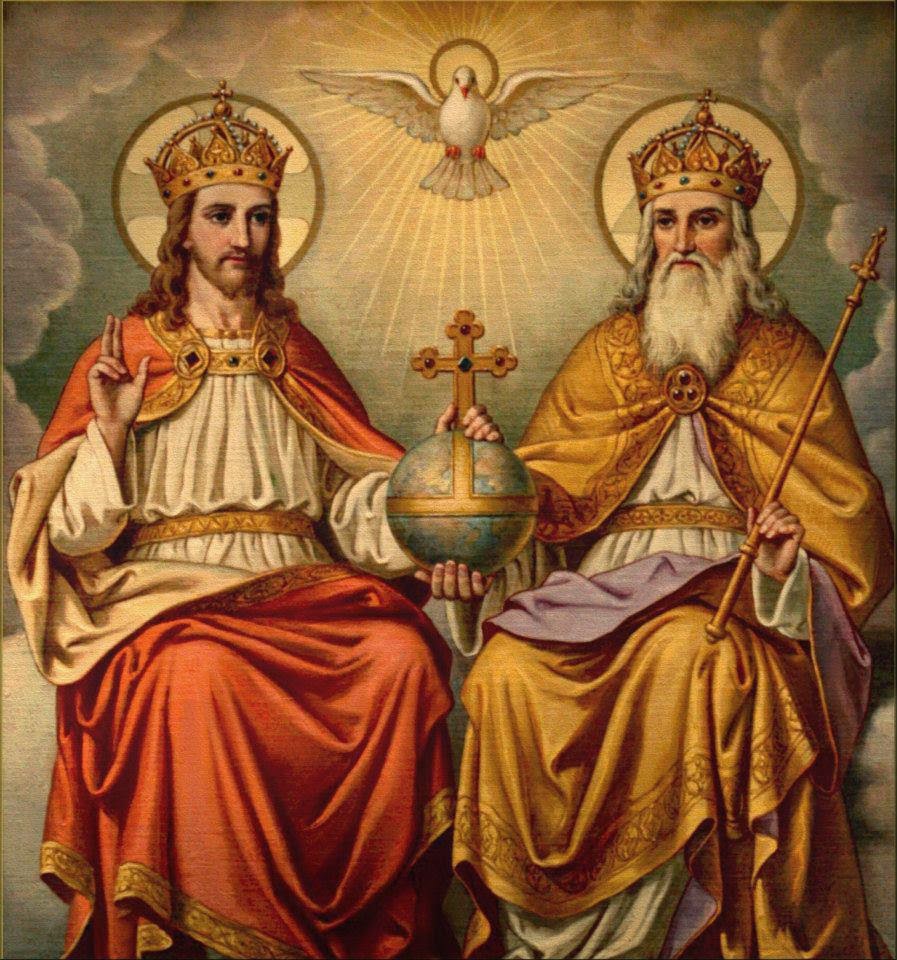 Brothers and sisters:
I speak the truth in Christ, I do not lie;
my conscience joins with the Holy Spirit in bearing me witness
that I have great sorrow and constant anguish in my heart.
For I could wish that I myself were accursed and cut off from Christ
for the sake of my own people,
my kindred according to the flesh.
They are Israelites;
theirs the adoption, the glory, the covenants,
the giving of the law, the worship, and the promises;
theirs the patriarchs, and from them,
according to the flesh, is the Christ,
who is over all, God blessed forever. Amen.

After he had fed the people, Jesus made the disciples get into a boat
and precede him to the other side,
while he dismissed the crowds.
After doing so, he went up on the mountain by himself to pray.
When it was evening he was there alone.
Meanwhile the boat, already a few miles offshore,
was being tossed about by the waves, for the wind was against it.
During the fourth watch of the night,
he came toward them walking on the sea.
When the disciples saw him walking on the sea they were terrified.
“It is a ghost,” they said, and they cried out in fear.
At once Jesus spoke to them, “Take courage, it is I; do not be afraid.”
Peter said to him in reply,
“Lord, if it is you, command me to come to you on the water.”
He said, “Come.”
Peter got out of the boat and began to walk on the water toward Jesus.
But when he saw how strong the wind was he became frightened;
and, beginning to sink, he cried out, “Lord, save me!”
Immediately Jesus stretched out his hand and caught Peter,
and said to him, “O you of little faith, why did you doubt?”
After they got into the boat, the wind died down.
Those who were in the boat did him homage, saying,
“Truly, you are the Son of God.
”
Posted by Jesus Caritas Est at 2:31 PM No comments: 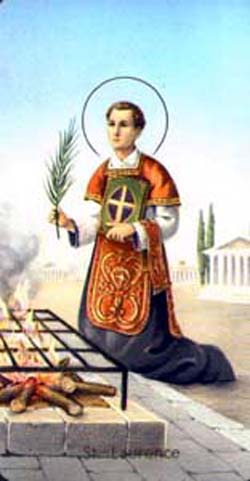 MARTYR died 10 August, 258.St. Lawrence, one of the deacons of the Roman Church, was one of the victims of the persecution of Valerian in 258, like Pope Sixtus II and many other members of the Roman clergy. At the beginning of the month of August, 258, the emperor issued an edict, commanding that all bishops, ,priests, and deacons should immediately be put to death ("episcopi et presbyteriet diacones incontinenti animadvertantur" — Cyprian Epist. lxxx, 1). This imperial command was immediately carried out in Rome. On 6 August Pope Sixtus II was apprehended in one of the catacombs, and executed forthwith ("Xistum in cimiterio animadversum sciatis VIII id. Augusti et cum eo diacones quattuor." Cyprian , ep. lxxx, 1). Two other deacons, Felicissimus and Agapitus, were put to death the same day. In the Roman Calendar of feasts of the fourth century their feast day is on the same date. Four days later, on the 10th of August of that same year, Lawrence, the last of the seven deacons, also suffered a martyr's death.  The burial-place is in the Catacomb of Cyriaca in agro Verano. source: The Catholic Encyclopedia
Posted by Jesus Caritas Est at 2:25 PM No comments: