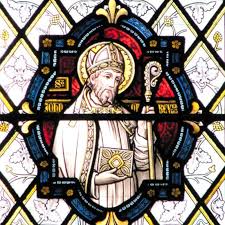 This illustrious saint was born at Harpham, a village in the province of the Deiri, which comprised Yorkshire, Lancashire, and the rest of the kingdom of the Northumbers, on the south side of the Tyne; what lay beyond it being called Bernicia. An earnest desire of qualifying himself for the service of God drew him young into Kent, where he made great progress in learning and piety, in the famous school of St. Theodorus, the archbishop, under the direction of the holy abbot Adrian. Afterwards returning into his own country, he pursued the exercises of piety in the monastery of men under St. Hilda at Whithy; till in the beginning of the reign of king Alfred, upon the death of Eata, he was made bishop of Hagulstad, or Hexam. What time he had to spare from his functions he consecrated to heavenly contemplation; retiring for that purpose into the churchyard of St. Michael's, beyond the river Tyne, about a mile and a half from Hagulstad, especially during the forty days of Lent. He was accustomed to take with him some poor person, whom he served during that time. Once in the beginning of a Lent, he took with him a dumb youth, who never had been able to utter one word, and whose head was covered with hideous scabs and scales, without any hair. The saint caused a mansion to be built for this sick youth within his enclosure, and often admitted him into his own cell. On the second Sunday he made the sign of the cross upon his tongue, and loosed it. Then. he taught him to say <Gea>, which signifies in Saxon <Yea>, or <Yes>; then the letters of the alphabet, A, B, C, and afterwards syllables and words. Thus the youth miraculously obtained his speech.

Moreover, by the saint's blessing the remedies prescribed by  a physician whom he employed, his head was entirely healed, and became covered with hair. When St. Wilfred returned from banishment, St. John yielded up to him the see of Hagulstad: but some time after, upon the death of Bosa, a man of great sanctity and humility, as Bede testifies, he was placed in the archiepiscopal chair of York. Venerable Bede, who received the holy orders of deacon and priest at his hands, gives ample testimony to his sanctity; and relates the instantaneous cure of the sick wife of a neighboring thane or lord, by holy water, and several other miracles performed by him, from the testimony of Bercthun, abbot of Beverley, and Herebald, abbot of Tinmouth, who had been eye-witnesses to several of them. St. John made frequent retirement his delight, to renew thereby his spirit of devotion, lest the dissipation of exterior employs should extinguish it.
He chose for his retreat a monastery which he had built at Beverley, then a forest, now a market-town, twenty-seven miles from York. This monastery, according to the custom of those times, he erected for the use of both sexes, and put it under the government of his disciple, Bercthun, or Brithun, first abbot of Beverley, then called Endeirwood, or wood of the Deiri. In 717, being much broken with age and fatigues, he resigned his bishopric to his chaplain, St. Wilfrid the, younger, and having ordained him bishop of York, he retired to Beverley, where he spent the remaining four years of his life in the punctual performance of all monastic duties. He died there the death of the just, on the 7th of May, 721. His successor governed the see of York fifteen years, was a great lover of the beauty of God's house and is named among the saints, April the 29th. The monastery of Beverley having been destroyed by the Danes, king Athelstan, who had obtained a great victory over the Scots by the intercession of St. John, founded in his honor, in the same place, a rich collegiate church of canons.

King Henry V. attributed to the intercession of this saint the glorious victory of Agincourt, on which occasion a synod, in 1416, ordered his festival to be solemnly kept over all England. Henschenius the Bollandist, in the second tome of May, has published four books of the miracles wrought at the relics of Saint John of Beverley, written by eye-witnesses. His sacred bones were honorably translated into the church by Alfric, archbishop of York, in 1037: a feast in honor of which translation was kept at York on the 25th of October.
On the 13th of September, (not the 24th, as Mr. Stevens says,) in 1664, the sexton, digging a grave in the church of Beverley, discovered a vault of freestone, in which was a box of lead, containing several pieces of bones, with some dust, yielding a sweet smell; with inscriptions, by which it appeared that these were the mortal remains of St. John of Beverley, as we read in Dugdale's History of the Collegiate Church of Beverley, who has transcribed them, p. 57. These relics had been hid in the beginning of the reign of king Edward VI. Dugdale and Stevens testify, that they were all reinterred in the middle-alley of the same church. Alcuin had an extraordinary devotion to St. John of Beverley, and in his poem on the saints of York, published by Thomas Gale gives a long history of the miracles wrought by him from verse 1085 to 1215. Rabanus Maurus has placed Alcuin in his Martyrology on the 19th of May, and Henschenius on that day gives his life, and mentions several private Martyrologies in which his name is found, though he has never been anywhere honored in the office of the church. source: TheLives of the Saints:AlbanButler.X8 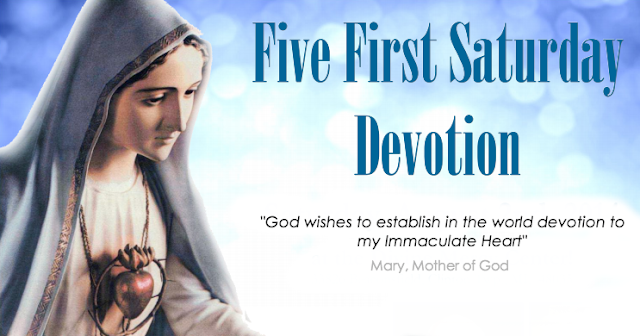 Saturday of the Third Week of Easter
Lectionary: 278

The Church throughout all Judea, Galilee, and Samaria
was at peace.
She was being built up and walked in the fear of the Lord,
and with the consolation of the Holy Spirit she grew in numbers.

As Peter was passing through every region,
he went down to the holy ones living in Lydda.
There he found a man named Aeneas,
who had been confined to bed for eight years, for he was paralyzed.
Peter said to him,
"Aeneas, Jesus Christ heals you. Get up and make your bed."
He got up at once.
And all the inhabitants of Lydda and Sharon saw him,
and they turned to the Lord.

Now in Joppa there was a disciple named Tabitha
(which translated is Dorcas).
She was completely occupied with good deeds and almsgiving.
Now during those days she fell sick and died,
so after washing her, they laid her out in a room upstairs.
Since Lydda was near Joppa,
the disciples, hearing that Peter was there,
sent two men to him with the request,
"Please come to us without delay."
So Peter got up and went with them.
When he arrived, they took him to the room upstairs
where all the widows came to him weeping
and showing him the tunics and cloaks
that Dorcas had made while she was with them.
Peter sent them all out and knelt down and prayed.
Then he turned to her body and said, "Tabitha, rise up."
She opened her eyes, saw Peter, and sat up.
He gave her his hand and raised her up,
and when he had called the holy ones and the widows,
he presented her alive.
This became known all over Joppa,
and many came to believe in the Lord.

Many of the disciples of Jesus who were listening said,
"This saying is hard; who can accept it?"
Since Jesus knew that his disciples were murmuring about this,
he said to them, "Does this shock you?
What if you were to see the Son of Man ascending to where he was before?
It is the Spirit that gives life, while the flesh is of no avail.
The words I have spoken to you are Spirit and life.
But there are some of you who do not believe."
Jesus knew from the beginning the ones who would not believe
and the one who would betray him.
And he said, "For this reason I have told you that no one can come to me
unless it is granted him by my Father."

As a result of this,
many of his disciples returned to their former way of life
and no longer walked with him.
Jesus then said to the Twelve, "Do you also want to leave?"
Simon Peter answered him, "Master, to whom shall we go?
You have the words of eternal life.
We have come to believe
and are convinced that you are the Holy One of God."
Posted by Jesus Caritas Est at 10:44 AM No comments: