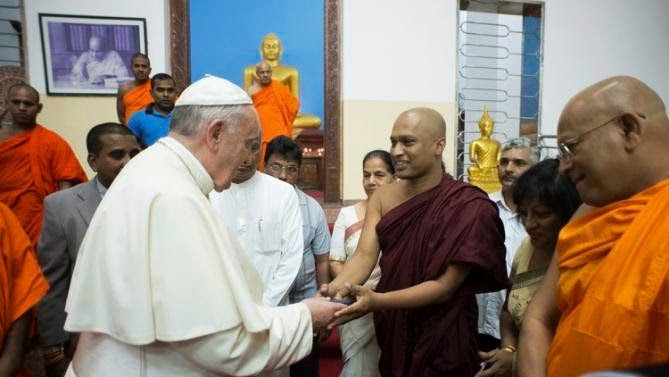 Radio Vaticana Text\Image: Pope Francis made an unscheduled visit to the Agrashravaka Buddhist Temple in Colombo, Sri Lanka, on Wednesday. It is the first time Pope Francis has visited a Buddhist Temple. The head of the Holy See Press Office, Fr. Federico Lombardi, SJ, said Pope Francis listened respectfully as Buddhist monks chanted and prayed while opening the stupa, or casket, containing relics in the Agrashravaka Temple. Usually, the relics are only put on display once a year, and Buddhists from around Sri Lanka line up for days to pay homage to them since it is such a rare privilege. The head monk at the temple, Banagala Upatissa, told The Associated Press that allowing the pope to witness the relics "is the highest honor and respect we can offer to his holiness." Father Lombardi said the Holy Father did not pray or meditate during the visit, though he did take off his shoes as all visitors to the temple must do. "There was not a time of silence in this sense," Father Lombardi explained. "I can only say the pope was listening with great respect, and listening also to the prayer of the monk showing the relics and this was all."
Posted by Jesus Caritas Est at 6:37 PM No comments: 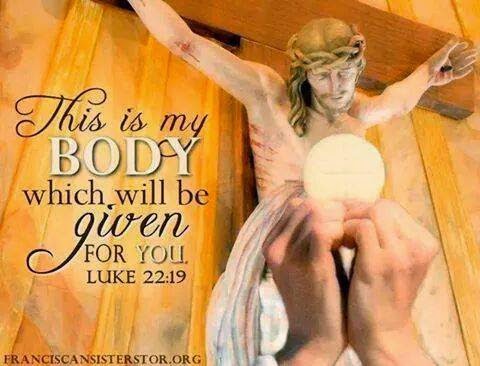 On leaving the synagogue
Jesus entered the house of Simon and Andrew with James and John.
Simon’s mother-in-law lay sick with a fever.
They immediately told him about her.
He approached, grasped her hand, and helped her up.
Then the fever left her and she waited on them.

Rising very early before dawn,
he left and went off to a deserted place, where he prayed.
Simon and those who were with him pursued him
and on finding him said, “Everyone is looking for you.”
He told them, “Let us go on to the nearby villages
that I may preach there also.
For this purpose have I come.”
So he went into their synagogues, preaching and driving out demons
throughout the whole of Galilee.
Posted by Jesus Caritas Est at 3:51 PM No comments:

Two children greet the Pope with a garland of flowers in the traditional manner. - OSS_ROM
(Vatican Radio) Pope Francis arrived at the Shrine of Our Lady of Madhu, Wednesday, where he greeted over 500,000 faithful who had gathered to hear him speak about the importance of the shrine during the almost three decades long civil war. The shrine in the northwest of the island is an importanat place of pilgrimage for people of the different ethnicand religious communities in Sri Lanka, and is seen as symbol of reconciliation in the post-conflict period.
In his words at the shrine, Pope Francis said just as Mary never left the side of her Son on the Cross, so she never leaves the side of her suffering Sri Lankan children as they seek to return to a peaceful existence. Through the intercession of Oue Lady of Madhu, he prayed that all people may find inspiration and strength to build a future of reconcilliation, justice and peace in the country.
Please find below the full text of the Pope's Marian Prayer at the Madhu Shrine.
Madhu Shrine - 14 January 2015 - Dear Brothers and Sisters,
We are in our Mother’s house. Here she welcomes us into her home. At this shrine of Our Lady of Madhu, every pilgrim can feel at home, for here Mary brings us into the presence of her Son Jesus. Here Sri Lankans, Tamil and Sinhalese alike, come as members of one family. To Mary they commend their joys and sorrows, their hopes and needs. Here, in her home, they feel safe. They know that God is very near; they feel his love; they know his tender mercy.
There are families here today which suffered greatly in the long conflict which tore open the heart of Sri Lanka. Many people, from north and south alike, were killed in the terrible violence and bloodshed of those years. No Sri Lankan can forget the tragic events associated with this very place, or the sad day when the venerable statue of Mary, dating to the arrival of the earliest Christians in Sri Lanka, was taken away from her shrine.
But Our Lady remained always with you. She is the mother of every home, of every wounded family, of all who are seeking to return to a peaceful existence. Today we thank her for protecting the people of Sri Lanka from so many dangers, past and present. Mary never forgot her children on this resplendent island. Just as she never left the side of her Son on the Cross, so she never left the side of her suffering Sri Lankan children.
Today we want to thank Our Lady for that presence. In the wake of so much hatred, violence and destruction, we want to thank her for continuing to bring us Jesus, who alone has the power to heal open wounds and to restore peace to broken hearts. But we also want to ask her to implore for us the grace of God’s mercy. We ask also for the grace to make reparation for our sins and for all the evil which this land has known.
It is not easy to do this. Yet only when we come to understand, in the light of the Cross, the evil we are capable of, and have even been a part of, can we experience true remorse and true repentance. Only then can we receive the grace to approach one another in true contrition, offering and seeking true forgiveness. In this difficult effort to forgive and find peace, Mary is always here to encourage us, to guide us, to lead us. Just as she forgave her Son’s killers at the foot of his Cross, then held his lifeless body in her hands, so now she wants to guide Sri Lankans to greater reconciliation, so that the balm of God’s pardon and mercy may bring true healing to all.
Finally, we want to ask Mother Mary to accompany with her prayers the efforts of Sri Lankans from both Tamil and Sinhalese speaking communities to rebuild the unity which was lost. Just as her statue came back to her shrine of Madhu after the war, so we pray that all her Sri Lankan sons and daughters may come home to God in a renewed spirit of reconciliation and fellowship.

Dear brothers and sisters, I am happy to be with you in Mary’s house. Let us pray for one another. Above all, let us ask that this shrine may always be a house of prayer and a haven of peace. Through the intercession of Our Lady of Madhu, may all people find here inspiration and strength to build a future of reconciliation, justice and peace for all the children of this beloved land. Amen
.
Posted by Jesus Caritas Est at 10:41 AM No comments: 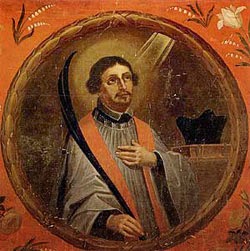 The second attempt to imprison Felix and Maximus was miraculously prevented by a spider! Upon hearing Roman soldiers approaching, Felix crawled into a small hole in the building he was staying, where it is said a spider immediately spun a web over the opening. The guards saw the spider web and ceased searching for the men, assuming that the room had been undisturbed for some time.
Felix was a humble and giving servant of the Lord. Following the death of Maximus, he was called to be the next Bishop of Nola, but refused, indicating that one of his more experienced brothers (ordained only seven days prior to Felix) was more deserving. He refused to reclaim his possessions and land seized during the persecution, instead renting a meager plot, tilling it by hand, and sharing his goods with the poorest around him. It is said that whatever Felix possessed, he gave away to those in need, oftentimes to his own detriment. He died in 255, and is considered a Church martyr due to the torture, imprisonment, persecution, and suffering he endured for his faith. Buried in Nola, numerous miracles have been reported at his tomb.
Felix received a clear call to action from the angel in his prison cell, just as the Blessed Virgin received the Archangel Gabriel’s message of her extraordinary role in the Incarnation of Jesus. Felix heard the call, and risked his life and unimaginable suffering to answer it. While the messages we receive from the Lord are not always heralded by angels, we still need to listen for them—and perhaps listen all the more closely. These are the quiet urgings of our hearts, which bring us closer to our God. How often are we too busy and too wrapped up in our wants and needless anxieties to hear the call of God? Might slowing down and creating some silence in our lives enable a deeper communion with Christ? Today, we pray for that silence—the silence in which we hear and understand what the Lord wishes for us, and the courage to stand up and put the call into action!
Posted by Jesus Caritas Est at 10:36 AM No comments: 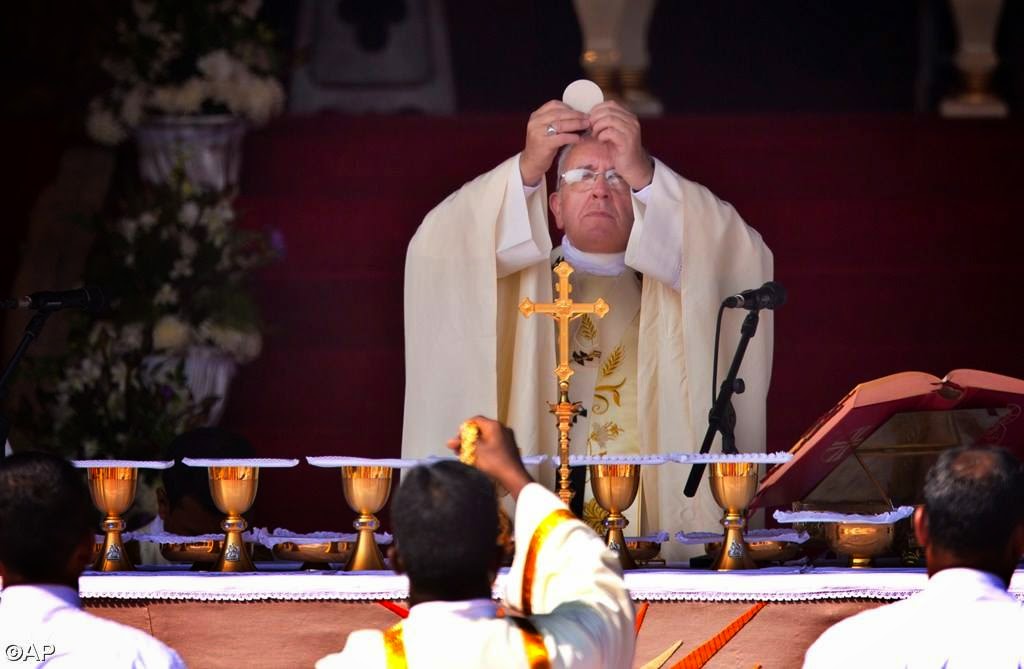