Saint November 21 : The Presentation of the Blessed Virgin Mary 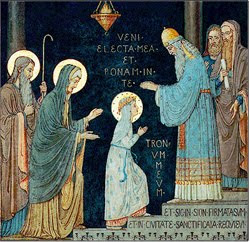 #ViralVideo of "Mary, Did You Know?” by #Pentatonix Beautiful Christmas Music - over 6 million views 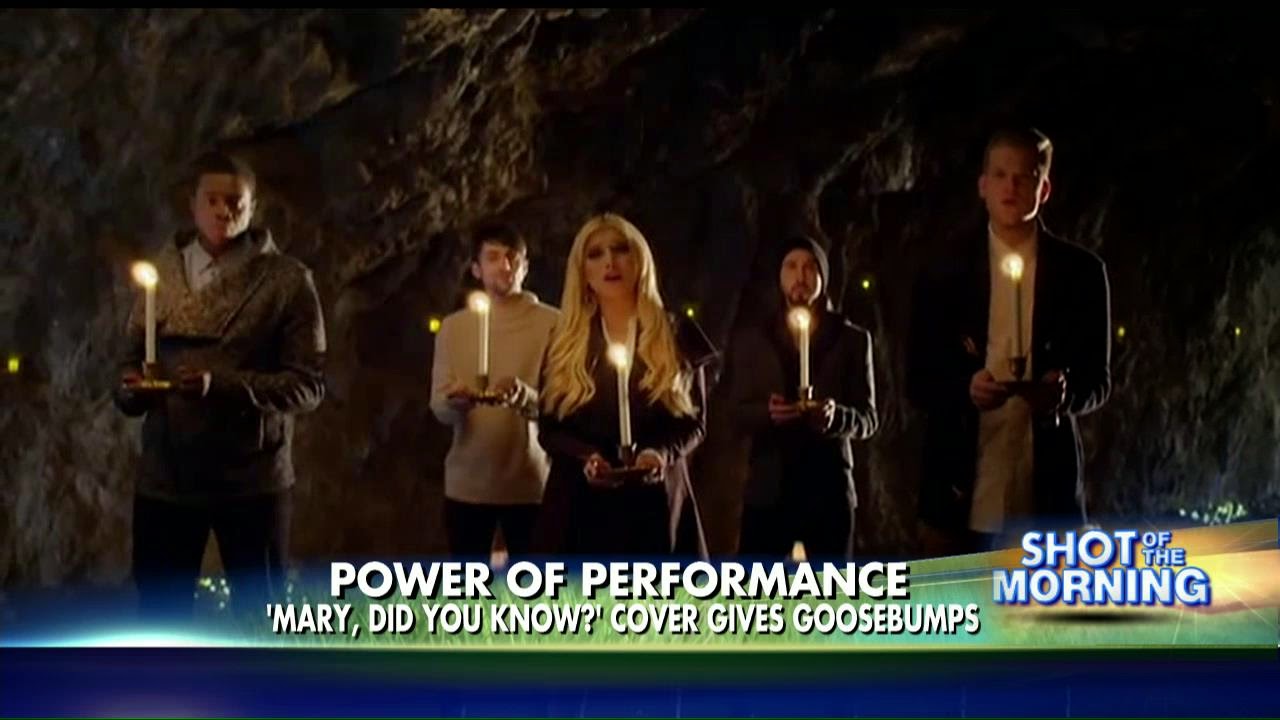 Pentatonix released its latest music video last week. “Mary, Did You Know?”  Mark Lowry wrote the words in 1984 when his pastor asked him to write the program for the living Christmas tree choir presentation. The music was written by Buddy Greene. YouTube users have approvad of the video, with  “This gave me goosebumps! Absolutely beautiful rendition of this classic song,” Erin Lee wrote. “ Even those who wouldn’t normally listen to spiritual songs confessed to feeling the power of the performance. “I’m not one to normally be drawn to religious-based things, but, wow, this song had a certain magnanimity to it,” Austin Minx posted. It has gone viral with over 6 million views...
Posted by Jesus Caritas Est at 9:29 AM No comments: 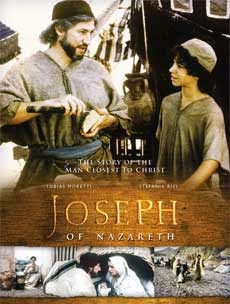 Joseph of Nazareth (2000) "Gli amici di Gesù - Giuseppe di Nazareth" (original title) TV Movie - 90 min - Drama - 29 April 2001 (USA) The people of Jerusalem are suffering under the reign of HEROD, and are hoping to be delivered from the Roman occupiers by the Messiah whose arrival, it is rumored, is to take place very soon. The 35-year-old widower is not interested in participating in any fighting against the Romans. Joseph gets a visit from JOACHIM and ANNA, asking him to marry their unprotected 14-year-old daughter MARY. Joseph agrees, but promises to preserve her chastity. Nevertheless, one day Mary tells him, in Anna's presence, that she is pregnant. Believing in this immaculate conception is very difficult for Joseph, as is the message that her son JESUS will end the reign of Herod, which is announced to him in a vision. Their son is born in a Bethlehem cattle shed and heralded as the new Messiah by the Three Magi. King Herod also finds out about the rumor, and decides to kill all of Bethlehem's firstborn. Joseph and Mary escape to Egypt.
Directors: Raffaele Mertes, Elisabetta Marchetti Writers: Gareth Jones, Gianmario Pagano (story) Stars: Tobias Moretti, Stefania Rivi, Massimo Reale |
Posted by Jesus Caritas Est at 9:07 AM No comments:

Pope Francis "Jesus weeps” - “weeps over His Church, over us today” #Vatican 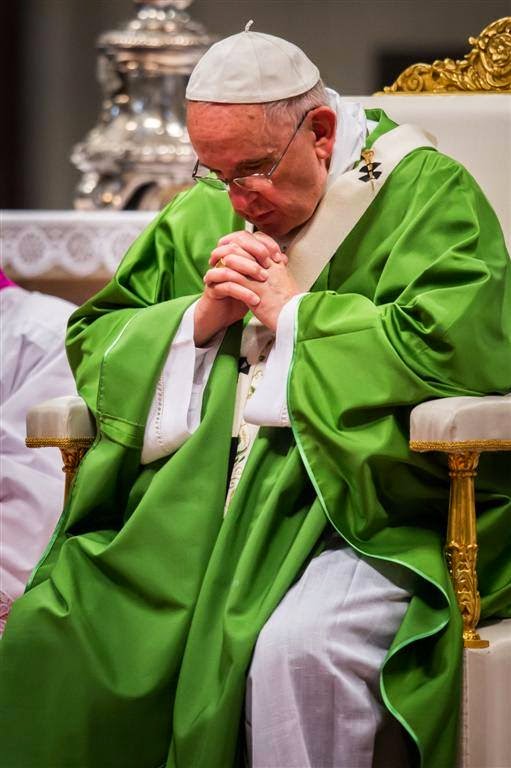 (Vatican Radio) Jesus weeps today when the doors of our hearts, those of the pastors of the Church, are closed to His surprises not recognizing the One who brings peace said Pope Francis at Mass Thursday morning in Casa Santa Marta. Commenting on the Gospel of the Day, Pope Francis said Jesus weeps over Jerusalem because its people did not recognize the One who brings peace. He said the Lord weeps because of the “closure of heart" of His "chosen city, His chosen people. They had no time to open the door. They were too busy, too self-satisfied. And He continues to knock on doors as he knocked on the door of the heart of Jerusalem, at the gates of His brothers, His sisters; on our doors, the doors of our hearts, the doors of the Church.
The people of Jerusalem were content with their way of life and did not need the Lord: they failed to realize that they needed salvation. This is why they had closed their heart before the Lord". "Jesus weeps” over Jerusalem - said the Pope – the same as He “weeps over His Church, over us today” "Why did Jerusalem not welcome the Lord? Because [the people] were content with what they had, and did not want any problems. But - as the Lord says in the Gospel - 'if you only knew, on this day, what brings you peace. You did not recognize the time of your visitation '. The city was afraid to be visited by the Lord; afraid of the gratuity of the Lord’s visit. The city felt safe in the knowledge of what it could handle. We all feel safe in the things that we can handle ... But the visit of the Lord, its surprises, those we cannot handle". And Pope Francis added: "Jerusalem was afraid of this: of being saved by the surprises of the Lord. The [people] were afraid of the Lord, their Bridegroom, their Beloved. And so Jesus wept. When God visits His people, He brings joy, He leads us to conversion. We all fear happiness – that joy that the Lord brings, because we cannot control it. We are afraid of conversion because conversion means allowing the Lord to lead us". "Jerusalem was content, happy - the Pope said - its temple worked.
The priests made sacrifices, people came on pilgrimage, the teachers of the law had arranged everything, everything! Everything was clear! All the commandments were clear ... And with all of this Jerusalem had closed the door". The Cross, which was the "price of that refusal" - the Pope noted -, shows us the love of Jesus and what leads Him to "weep today - often - for His Church”. "I ask myself: today we Christians who know the faith, the catechism, who go to Mass every Sunday, we Christians, we pastors are we content with ourselves? Because we have organized everything and do not need new visits from the Lord ... And the Lord continues to knock on the door of each one of us and of His Church, the pastors of the Church. Yes, the door of our hearts, of the heart of the Church, of her pastors will not open: and the Lord weeps, even today". The Pope also urged people to examine their conscience, "Let us reflect on ourselves, as we are right now before God". (Emer McCarthy)
Posted by Jesus Caritas Est at 8:44 AM No comments: 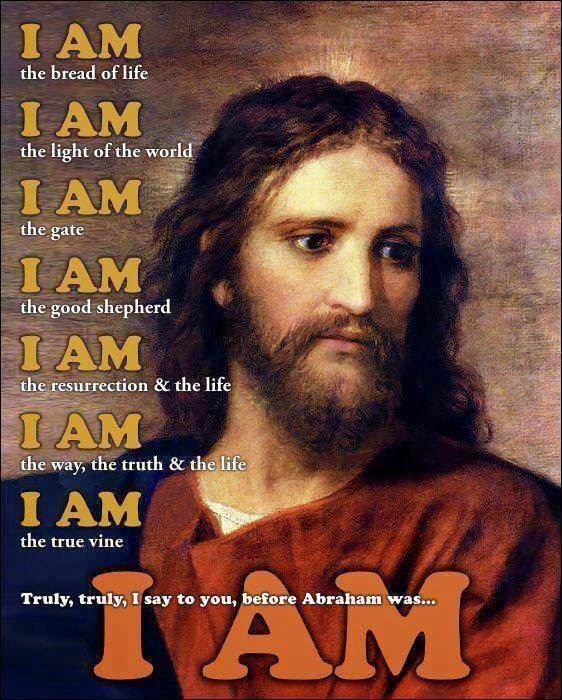 Thursday of the Thirty-third Week in Ordinary Time

Then I saw standing in the midst of the throne
and the four living creatures and the elders
a Lamb that seemed to have been slain.
He had seven horns and seven eyes;
these are the seven spirits of God sent out into the whole world.
He came and received the scroll from the right hand
of the one who sat on the throne.
When he took it,
the four living creatures and the twenty-four elders
fell down before the Lamb.
Each of the elders held a harp and gold bowls filled with incense,
which are the prayers of the holy ones.
They sang a new hymn:

“Worthy are you to receive the scroll
and break open its seals,
for you were slain and with your Blood you purchased for God
those from every tribe and tongue, people and nation.
You made them a kingdom and priests for our God,
and they will reign on earth.”

As Jesus drew near Jerusalem,
he saw the city and wept over it, saying,
“If this day you only knew what makes for peace–
but now it is hidden from your eyes.
For the days are coming upon you
when your enemies will raise a palisade against you;
they will encircle you and hem you in on all sides.
They will smash you to the ground and your children within you,
and they will not leave one stone upon another within you
because you did not recognize the time of your visitation.”
Posted by Jesus Caritas Est at 8:21 AM No comments:

Pope Francis “while we speak of new rights, the hungry remain, at the street corner..." Text/Video

Pope Francis speaks at nutrition conference at FAO Hq - AFP
20/11/2014 01:
(Vatican Radio) Pope Francis travelled to the UN Food and Agriculture Organisation Headquarters in Rome on Thursday, to give an address to the Second International Conference on Nutrition taking place there this week. In his speech the Pope said, that while people speak about new rights, those who are hungry ask to be recognized as citizens with dignity.In 1992 St Pope John Paul II came to the UN Food and Agriculture Organisation Headquarters in Rome for the First Conference on Nutrition. Twenty two years later Pope Francis was in the same hall addressing participants who included the Director General of the World Health Organisation (WHO), Dr. Margaret Chan, and the Director General of the (FAO), Professor José Graziano da Silva on the occasion of the Second International Conference.
The Holy Father recalled Pope John Paul II’s words back then when he warned the international community against the risk of the “paradox of plenty”, in which there is food for everyone, but not everyone can eat, while waste, excessive consumption and the use of food for other purposes is visible before our very eyes. Unfortunately, said Pope Francis to those gathered, “this “paradox” remains relevant.”
Speaking in Spanish, the Pope praised the work of this second conference which aims to study the forms of intervention necessary in the fight against hunger and malnutrition, as well as the changes that must be made to existing strategies. The Holy Father also noted the work the Church is doing on behalf of the poor and needy.
In the four point address Pope Francis made particular reference to what he called ““market priorities”, the “primacy of profit”, which he said were a hindrance to the struggle against hunger and malnutrition.
He also spoke about the issue of rights saying that “while we speak of new rights, the hungry remain, at the street corner, and ask to be recognised as citizens, to receive a healthy diet. We ask for dignity, not for charity, he said.
He continued on this theme stressing that “development plans and the work of international organisations must take into consideration the wish, so frequent among ordinary people, for respect for fundamental human rights and, in this case, the rights of the hungry.”
The Holy Father called on states and international institutions to refer to the language of the human heart, and nurture the values of, justice, peace, solidarity and love, in a spirit of dialogue and mutual listening.
Before departing from the “Caribbean” Hall to greet FAO staff members and express his gratitude for their work, the Pope left those listening to his address with this phrase from I old man he met many years ago who said to him "God always forgives, insults, and abuses; God always forgives. The earth will never forgive. Protect the Mother earth said Pope Francis, so that it does not meet with destruction.
Posted by Jesus Caritas Est at 8:10 AM No comments: