Saint May 12 : St. Pancras - Martyr - Patron against #Headaches and Cramps

Novena to the #HolySpirit for Pentecost - Miracle #Prayer to SHARE ACT OF CONSECRATION TO THE HOLY GHOSTOn my knees before the great multitude of heavenly witnesses I offer myself, soul and body to You, Eternal Spirit of God. / I adore the brightness of Your purity the unerring keenness of Your justice and the might of Your love. You are the Strength / and Light of my soul. In You I live and move and am. I desire never to grieve You by unfaithfulness to grace and I pray with all my heart! To be kept from the smallest sin against You. Mercifully guard my every thought and grant that I may always watch for Your light: and listen to Your voice and follow Your gracious inspirations. I cling to You and give myself to You and ask You / by Your compassion to watch over me in my weakness. Holding the pierced Feet of Jesus and looking at His Five Wounds / and trusting in His Precious Blood and adoring His opened Side and stricken Heart / I implore You / Adorable Spirit I Helper of my infirmity, so to keep me in Your grace that I may never sin against You. Give me grace O Holy Ghost, Spirit of the Father and the Son to say to You always and everywhere / "Speak Lord for Your servant heareth." Amen.PRAYER FOR THE SEVEN GIFTS OF THE HOLY GHOSTO Lord Jesus Christ Who, before ascending into heaven did promise to send the Holy Ghost to finish Your work in the souls of Your Apostles and Disciples deign to grant the same Holy Spirit to me that He may perfect in my soul / the work of Your grace and Your love. Grant me the Spirit of Wisdom that I may despise the perishable things of this world and aspire only after the things that are eternal the Spirit of Understanding to enlighten my mind with the light of Your divine truth / the Spirit on Counsel that I may ever choose the surest way of pleasing God and gaining heaven, the Spirit of Fortitude, that I may bear my cross with You I and that I may overcome with courage all the obstacles that oppose my salvation the Spirit of Knowledge that I may know God find know myself and grow perfect in the science of the Saints the Spirit of Piety that I may find the service of God sweet and amiable / the Spirit of Fear that I may be filled with a loving reverence towards God and may dread in any way to displease Him. Mark me, dear Lord with the sign of Your true disciples / and animate me in all things with Your Spirit. Amen.DAY 4 OF NOVENAThou in toil art comfort sweet, Pleasant coolness in the heat, solace in the midst of woe.The Gift of FortitudeThe Gift of Fortitude By the gift of Fortitude the soul is strengthened against natural fear, and supported to the end in the performance of duty. Fortitude imparts to the will an impulse and energy which move it to under take without hesitancy the most arduous tasks, to face dangers, to trample under foot human respect, and to endure without complaint the slow martyrdom of even lifelong tribulation. "He that shall persevere unto the end, he shall be saved."PrayerCome, O Blessed Spirit of Fortitude, uphold my soul in time of trouble and adversity, sustain my efforts after holiness, strengthen my weakness, give me courage against all the assaults of my enemies, that I may never be overcome and separated from Thee, my God and greatest Good. Amen
(Our Father and Hail Mary ONCE. Glory be to the Father 7 TIMES. Act of Consecration, Prayer for the Seven Gifts)

#LadyGaga Responds to Catholic Blogger - Do we have the Right to Judge Celebrities and their Faith? 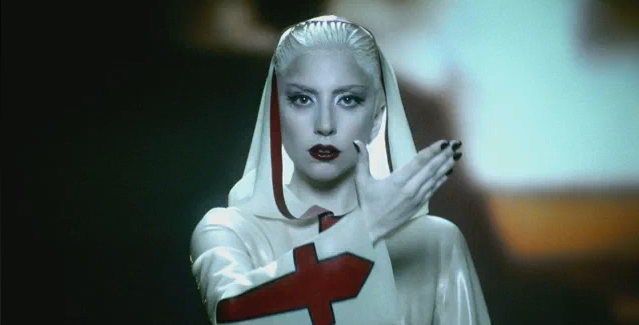 The famous Singer Lady Gaga has replied Catholic blogger who hinted that she was a hypocrite for sharing something about the faith while living an “obscene life”.
See the Picture:

‘From Lady Gaga to Steph Curry: 5 Things to Remember When Celebrities Share Their Faith’ on Catholic Link. This was due to a post by Lady Gaga showing a photo of herself and a priest and thanking him saying the “eucharist is not a prize for the perfect but the food that God gives us”. Lady Gaga answered the Blogger:
: “Dear Becky Roach, Mary Magdalene washed the feet of Christ and was protected and loved by him. A prostitute. Someone society shames as if she and her body are a man’s trash can. He loved her and did not judge. He let her cry over him and dry his feet with the hair of a harlot. We are not just “celebrities” we are humans and sinners, children, and our lives are not void of values because we struggle. We are as equally forgiven as our neighbor. “God is never a trend no matter who the believer,” Gaga wrote.
Posted by Jesus Caritas Est at 12:29 PM 6 comments: 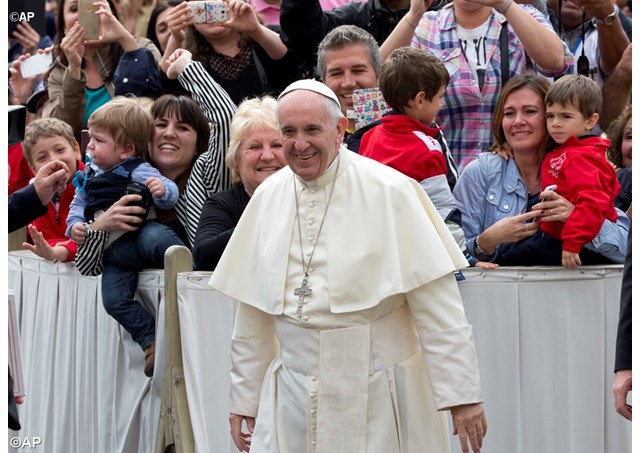 Greeting to the Italian-speaking Pilgrims
I greet the Italian-speaking pilgrims, addressing a particular welcome to the faithful of the diocese of Oppido Mamertina-Palmi, accompanied by the Bishop, Monsignor Francesco Milito and those of the Basilica of Saint Sossio in Frattamaggiore, with the Bishop of Aversa, Monsignor Angelo Spinillo. It is my heartfelt hope that your Jubilee pilgrimage will strengthen you in your adherence to Christ and in your generous resolutions of Christian witness.
I greet the Asian and African priests of the Saint Paul Apostle Pontifical Missionary College; the Antoniano Institute and the Saint Gotthard Foundation, which observes the 20 years of its foundation. I exhort you to live the Extraordinary Jubilee in such a way as to discover the exigency of the corporal and spiritual works of mercy as nourishment of our faith.
A particular thought goes to young people, the sick and newlyweds. Next Sunday, we will celebrate Pentecost. Dear young people, I hope that each of you will be able to recognize, among the many voices of the world, that of the Holy Spirit, who continues to speak to the heart of one who is able to listen. Dear sick, especially you guests of the Cottolengo of Trentola Ducenta, entrust yourselves to the Spirit who will not let you lack the consoling light of His presence. And you, dear newlyweds, particularly the couples of the Focolare Movement, I hope that you will be, in the world, mirror of God’s love with the fidelity of your love and the union of your faith.
[Original text: Italian] [Translation by ZENIT]
Posted by Jesus Caritas Est at 10:57 AM No comments: 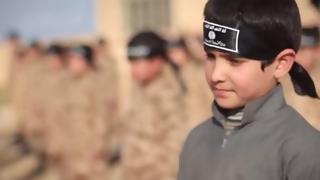 Raqqa, Isis begins to crack after execution of a seven year old boy

The child had been accused of "blasphemy." The execution took place in public in front of his parents and a crowd. A girl is locked in a cage with corpses and bones of the dead for being caught without a veil in her own home.
Posted by Jesus Caritas Est at 10:32 AM No comments: 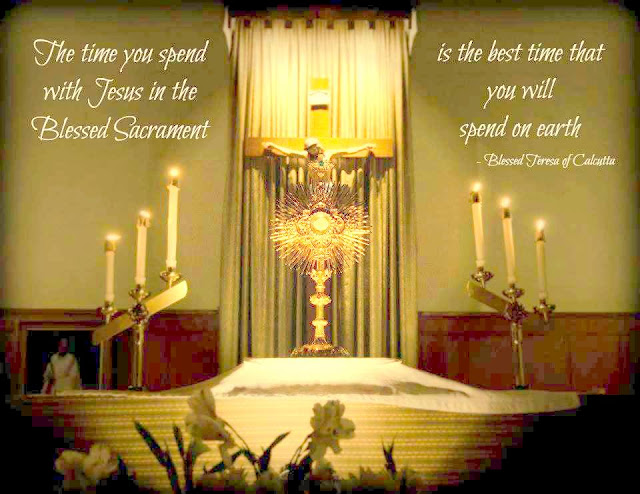 Wednesday of the Seventh Week of Easter
Lectionary: 299

At Miletus, Paul spoke to the presbyters of the Church of Ephesus:
“Keep watch over yourselves and over the whole flock
of which the Holy Spirit has appointed you overseers,
in which you tend the Church of God
that he acquired with his own Blood.
I know that after my departure savage wolves will come among you,
and they will not spare the flock.
And from your own group, men will come forward perverting the truth
to draw the disciples away after them.
So be vigilant and remember that for three years, night and day,
I unceasingly admonished each of you with tears.
And now I commend you to God
and to that gracious word of his that can build you up
and give you the inheritance among all who are consecrated.
I have never wanted anyone’s silver or gold or clothing.
You know well that these very hands
have served my needs and my companions.
In every way I have shown you that by hard work of that sort
we must help the weak,
and keep in mind the words of the Lord Jesus who himself said,
‘It is more blessed to give than to receive.’”