ASIA NEWS REPORT
Sentenced to 18 months "corrective" work and part of his salary paid to the State as a fine. The fear is that he will be sent to cotton fields for harvest, exhausting work. In the capital, a group of believers punished with "heavy fines" for having met in a home to read "Christian material."

Tashkent (AsiaNews/F18) - The Uzbek authorities have sentenced a Protestant Christian in Urgench, in the northwest of the country to 18 months of "corrective labor", charged with "illegal production, storage, importation or distribution of religious materials." The judge Makhmud Makhmudov ruled that the woman should carry out menial jobs at the complete service of the state, while a good part of her salary be handed over as payment of a fine. In addition, for the next few months she can only travel within the state.

In a second incident of violation of religious freedom, a group of people in the capital were sentenced to heavy fines for "gathering" to pray and read Christian material (a Bible) in a private home.

Local sources said that the secret police artfully assembled fake evidence to nail Sharofat Allamova, who was then convicted in a sham trial. The possession of religious materials is strictly controlled by the State, with a heavy censorship of the Committee for Religious Affairs, which often targets the Christian minority.

The double raid on the private home took place in January and the court only ruled on the case recently, in accordance with Article 244-3 of the Criminal Code. Already in May 2012 she had suffered similar punishment, again for possession of religious materials. In addition to the confiscation of the Bible and other texts, the biggest fear is that the woman can be shipped to the cotton fields for the autumn harvest. As repeatedly denounced by organizations and activists, the state uses the work of minors and convicts for the grueling task.

88% of the Uzbek population is of the Sunni Muslim faith while Christians make up 8%. In the country, confessional freedom is subject limited by the government. The annual report of the U.S. Commission on Religious Freedom, published on April 30, under the heading "Countries subject of particular attention" included a list of 15 governments including that of Tashkent.

SHARED FROM ASIA NEWS
Posted by Jesus Caritas Est at 4:10 PM No comments: 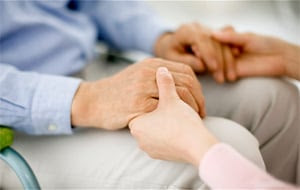 Quality palliative care has become widespread for
the terminally ill
The NSW Legislative Council has emphatically rejected a Greens Private Member's Bill to legalise euthanasia and physician assisted suicide by 23 votes to 13.
"The Bill was comprehensively defeated," says Greg Donnelly MLC, the well known Labor politician and a member of the NSW upper house since 2005.
While some Labor politicians voted for the Bill, despite Coalition members of the upper house having been given a conscience vote, the entire group unanimously rejected the Bill.
"The Rights of the Terminally Ill Bill 2013" was introduced to the House as a private member's Bill by Greens politician, Cate Faerhmann earlier this month. Advocating that those who are terminally ill and wish to end their lives, should have the legal right to die either by euthanasia or physician assisted suicide. 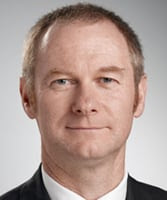 Prominent politician Greg Donnelly, MLC urges Australians to reject Greens Culture of Death
The Bill underwent debate in the House following its introduction on 2 May, on Thursday, 9 May and again on Thursday, 23 May when it was soundly defeated.
In a surprise move , before the debate began Cate Faerhmann moved an amendment motion asking that before a vote the Bill be sent to a Legislative Council Committee for further examination.
"This was an arrogant and blatant attempt to keep the Bill alive. No prior consultation was given to members of the House about this amendment, or whether or not they might be interested in such a move," Greg Donnelly says.
The amendment was voted down and after more debate on the issue, the Bill itself was resoundingly and defeated. 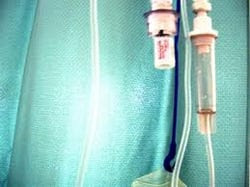 Euthanasia is a complex issue that challenges the fundamental principles on which society is based
Ironically the defeat comes during Palliative Care Week. Palliative care specialists, experts, psychiatrists and medical staff at Australia's hospices and hospitals know the value and importance of quality palliative care, pointing out that by using the latest palliative care advances, depression, pain and discomfort can be alleviated and bring peace and comfort to the terminally ill during their final weeks or months.

The Greens however seldom if ever acknowledge the strides made by palliative care and in her right of reply address in the NSW upper house after the debate had ended, Cate Faerhmann signalled the matter was not over and a similar private members Bill on the right to die would be introduced into the NSW Parliament's lower house in the near future.

Greens politician Cate Faehrmann's Bill to legalise euthanasia and physician assisted suicide overwhelmingly defeated
The politicians who will bring the Bill aimed at legalising euthanasia and physician assisted suicide before the state's Legislative Assembly are the Sydney electorate's Independent MP, Lake Macquarie's Independent member, Greg Piper and the Balmain electorate's Greens MP Jamie Parker, who so far is the only member of the Greens in the NSW lower house.
"The people who are advancing this new Bill need to think carefully about this if they are not to suffer the sort of overwhelming defeat such as we have seen this time," Greg Donnelly says.

Despite having similar bills defeated in state after state including South Australia, Tasmania and some years ago in NSW, Bills advocating the right to die are likely to continue.
Earlier this year Tasmania's Labor Premier Laura Giddings joined with the state's Greens leader, Nick McKim to create a discussion paper on the issue and have announced they have created a framework for a Dying with Dignity Bill and intend to introduce it before the end of the year.
SHARED FROM ARCHDIOCESE OF SYDNEY
Posted by Jesus Caritas Est at 4:08 PM No comments:

Posted by Jesus Caritas Est at 3:50 PM No comments: