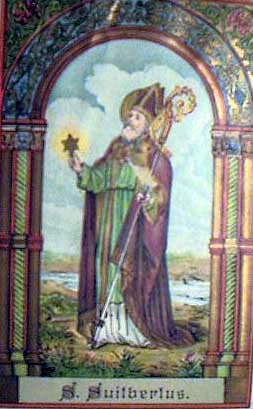 Posted by Jesus Caritas Est at 10:25 PM No comments:

Catholic Quote to SHARE by GK Chesterton "To love means loving the unlovable. To forgive means..." 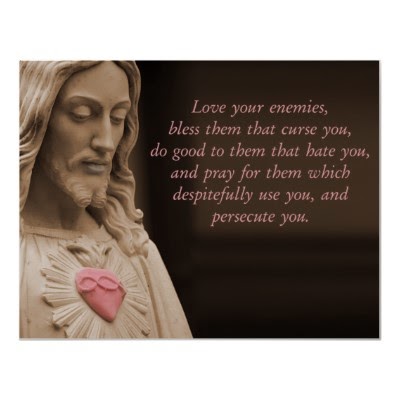 Saturday of the First Week of Lent
Lectionary: 229

Moses spoke to the people, saying:
“This day the LORD, your God,
commands you to observe these statutes and decrees.
Be careful, then,
to observe them with all your heart and with all your soul.
Today you are making this agreement with the LORD:
he is to be your God and you are to walk in his ways
and observe his statutes, commandments and decrees,
and to hearken to his voice.
And today the LORD is making this agreement with you:
you are to be a people peculiarly his own, as he promised you;
and provided you keep all his commandments,
he will then raise you high in praise and renown and glory
above all other nations he has made,
and you will be a people sacred to the LORD, your God,
as he promised.”

Jesus said to his disciples:
“You have heard that it was said,
You shall love your neighbor and hate your enemy.
But I say to you, love your enemies,
and pray for those who persecute you,
that you may be children of your heavenly Father,
for he makes his sun rise on the bad and the good,
and causes rain to fall on the just and the unjust.
For if you love those who love you, what recompense will you have?
Do not the tax collectors do the same?
And if you greet your brothers and sisters only,
what is unusual about that?
Do not the pagans do the same?
So be perfect, just as your heavenly Father is perfect.”
Posted by Jesus Caritas Est at 1:05 PM No comments:

RIP Bishop Baissari of Lebanon "I go to find the faithful wherever they are,"

In the two dioceses where he served -Batrun and Hadeth el-Joubbé - his love for the poor was legendary. He took particular care of his priests. In Joubbé, he ordained 32 of them, with whom he shared all things, which became very little in recent years. (FN)
Posted by Jesus Caritas Est at 12:47 PM No comments:

Pope Francis "fatal loop of egoism, “which has the god of money at the centre...”

(Vatican Radio) It was another lesson in the economic thought of Pope Francis. In an audience with members of the Confederazione Cooperative Italiane (confederation of Italian co-operatives) on Saturday, Pope Francis gave the 7,000 people present five practical suggestions for their mission in the context of the current “throwaway culture.”
First, the Pope said, co-operatives must continue to be “the motor that uplifts and develops the weakest parts of our local communities and civil society.”
The first priority is to establish new co-operatives, while developing existing ones, so as to create new employment opportunities, especially among youth, he said.
Second, the Pope urged the co-op movement to be a “protagonist” in proposing new welfare solutions, particularly in the area of healthcare.
As a third point, he spoke of the economy and its relationship with social justice and human dignity. Speaking of the need to “globalize solidarity,” he urged the confederation to bring co-operatives to the “existential peripheries” and to continue to be “prophetic” by “inventing new forms of co-operation.”
The Pope spoke of “a certain liberalism,” which “believes it is first necessary to produce wealth—and it does not matter how—to then promote some state redistribution policy.”
Others think it is up to a company to “bestow the crumbs of accumulated wealth” to those in need to then, in turn, “absolve themselves” of “their so-called ‘social responsibility’,” the Pope said.
“You run the risk of deluding yourself that you are doing good while, unfortunately, you continue only to do marketing,” without ever escaping the “fatal loop” of egoism, “which has the god of money at the centre,” he said.
Instead, the co-operative creates a “new type of economy” that allows “people to grow in all their potential,” socially and professionally, as well as in responsibility, hope and co-operation, he said. The Pope clarified that while he was not saying income growth is not important, it certainly “is not enough.”
Fourth, he said, the co-operative movement can exercise an important role in sustaining, facilitating and encouraging family life, by insisting on work-life balance, which would “help women to realize fully their own vocation and to put into practice their own talents.”
In this way, he said, women are “free to be always greater protagonists, whether at work or in families.”
Fifth, where few resources exist to start up  new projects, the Pope urged the co-op movement to “invest well,” in particular by putting together “good resources to realize good works.” He urged more collaboration among credit unions and co-op businesses and the establishment of resources “for families to live with dignity and serenity.”
He also warned against money becoming an idol, citing St Francis of Assisi in calling it “the devil’s dung.”
“When money becomes an idol, it controls man’s choices,” he said. “It makes him a slave.”
He exhorted the co-operative movement to join the global economy to promote both "an economy of honesty" and "a healing economy." He urged them to exercise “the courage and the imagination to build a just path, so as to integrate development, justice and peace in the world.”
He concluded by calling on the members of the Catholic confederation to maintain their Catholic identity and values in their current collaboration with other co-op groups in creating a large national association.
“Live your alliance (with these other groups) as Christians, as a response to your faith and identity, without fear. Faith and identity at the base,” he said.
“And this is also a Christian call to all,” he continued off-the-cuff. “Christian values not only for ourselves. They are to be shared. Share them with those, who do not think as we do but who want the same thing that we want.”
Italy's church-based co-op movement began in the late 19th century, inspired by the encyclical Rerum Novarum, written by Pope Leo XIII.
The Confederazione Cooperative Italiane was first founded in 1919. It was suppressed by the Fascist Regime and re-established in 1945.
Posted by Jesus Caritas Est at 12:37 PM No comments: