INTERNATIONAL MEETING ON WORLD YOUTH DAYS
Vatican City, 22 March 2012 (VIS) - The Pontifical Council for the Laity is promoting a meeting of youth pastoral care workers to reflect on World Youth Days (WYD) and prepare for next year's WYD in Rio de Janeiro, Brazil. The meeting, due to be held in Rocca di Papa near Rome from 29 March to 1 April, will bring together delegates from ninety-eight countries, as well as the organising committees of WYD Madrid 2011 and WYD Rio 2013.
A communique released this morning by the Pontifical Council for the Laity explains that this will be "an important moment of reflection for the pastoral care workers" who number "more than 300, representing 45 communities, associations and Catholic youth movements".
Work will begin on 29 March with a welcome address from Cardinal Stanislaw Rylko, president of the Pontifical Council for the Laity. The rest of the day will be dedicated to a study of organisational and pastoral aspects of WYD Madrid 2011, and the fruits it has yielded throughout the world. Participants will include Cardinal Antonio Maria Rouco Varela, archbishop of Madrid, and Yago de la Cierva and Fr. Gregorio Rolgan, respectively executive director and secretary general of WYD Madrid 2011.
On Friday 30 March attention will turn to Rio de Janeiro. The challenges and expectations of next year's WYD will be presented by Archbishop Orani Joao Tempesta O. Cist. of Sao Sebastiao do Rio de Janeiro; Msgr. Eduardo Pinheiro da Silva, president of the Brazilian Episcopal Commission for Youth; Fr. Carlos Savio, head of the youth office of the National Conference of Bishops of Brazil, and the WYD Rio 2013 organising committee.
Saturday 31 March will be dedicated to reflection on the "formation of young people; a mission priority for the Church", with contributions from Bishop Josef Clemens, secretary of the Pontifical Council for the Laity, and Fr. Fabio Attard, counsellor general of the Salesians for youth pastoral care. On Palm Sunday 1 April, which also marks twenty-seventh diocesan World Youth Day, the delegates will participate in Mass presided by Benedict XVI in St. Peter's Square.

CARDINAL JEAN-LOUIS TAURAN TO VISIT NIGERIA
Vatican City,  (VIS) - Tomorrow, Friday 23 March, Cardinal Jean-Louis Tauran, president of the Pontifical Council for Inter-religious Dialogue, will travel to Nigeria where he is due to visit a number of dioceses and to close a seminar of inter-religious dialogue with followers of Traditional African Religions, according to a communique released today.

MEETING BETWEEN PONTIFICAL COUNCIL FOR CULTURE AND AFRICAN AMBASSADORS TO THE HOLY SEE
Vatican City, 22 March 2012 (VIS) - The Pontifical Council for Culture is organising a meeting of ambassadors to the Holy See from Africa. The event, due to be held in Rome on 26 March, aims to promote cooperation between the council and countries that are geographically distant from the Vatican. This is the second initiative of its kind, a similar meeting was held last year with ambassadors to the Holy See from Asia.
The programme of the event is divided into several parts and will be held at more than one venue. The first part of the day will be devoted to a detailed presentation of the Pontifical Council for Culture by Cardinal Gianfranco Ravasi and Bishop Barthelemy Adoukonou, respectively president and secretary of that dicastery. The ambassadors will also have a chance to intervene and make proposals for collaboration. The session will be moderated by Fr. Theodore Mascarenhas S.F.X., head of the department for cultures in Africa.
Participants will then move on to the Temple of Hadrian where they will be welcomed by Giancarlo Cremonesi, president of Rome's Chamber of Commerce who will describe the activities of the organisation he heads. There will also be a detailed cultural introduction to the historical and present day aspects of the temple. The day will end with a visit to Rome's "Parco della Musica" Auditorium.
According to an English-language note released today, "the Pontifical Council for Culture has been receiving very active collaboration from different embassies. The event intends to strengthen further the ties between the embassies and the dicastery and to evolve new ways for cultural cooperation. Twenty-three Embassies have confirmed their participation".
Posted by Jesus Caritas Est at 3:00 PM No comments:

The Al Quaeda shooter from the Jewish school shooting in Toulouse, France was killed today. His apartment  was surrounded by 300 police some of whom sustained gunshots from Merah. It was explained that Merah was shot and killed during an intense gun battle. During the several hours surrounding the apartment the police brought in Merah's mother and psychologists to persuade him to surrender. However, he refused and fired on police.
Merah was French-Algerian and 1 of 5 children. After his parents divorced and being unemployed; he joined radical Islam and trained in Afghanistan and Pakistan. Please pray for these souls and an end to the violence of terrorism. (Image source: Google)

The four victims of the shooting were transported to Israel and the funeral held at Givat Shaul Cemetery. Their names teacher Rabbi Jonathan Sandler, 30, his sons Arieh 5, Gabriel 4, and Myriam Monsonego, 7, daughter of the headmaster. Please see the report on the killings at the Jewish school:
http://jceworld.blogspot.ca/2012/03/europe-france-shooting-kills-4-jews.html 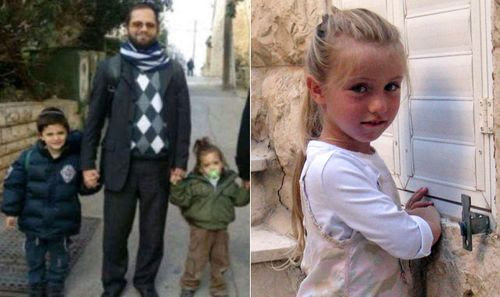 The 4 victims of the Jewish School shooting by Mohammed Merah
Posted by Jesus Caritas Est at 2:54 PM No comments:

Christian leaders after a press briefing before the start of the conference
Some 400 Christian leaders from around the world began a six-day conference in Manila today on Christian mission and evangelism organized by the World Council of Churches.
“We come together to proclaim our common faith in Jesus Christ and mission that we can work together for our mission in a world where competition, fragmentation, division are so strong,” said Archbishop Luis Antonio Tagle of Manila before addressing the conference at the Traders Hotel.
“Divisions between rich and poor, the learned and the illiterate and political divisions are not healed and it seems no matter where we look there is division,” he said.
The gathering, until March 27, is expected to come up with a new official statement on mission and evangelism based on challenges that have been evolving over the last three decades.
“This event will mark a new phase in fostering ecumenism as delegates and participants will present the final draft for affirmation before the 2013 WCC Assembly in Busan, South Korea, which is expected to attract about 1,000 church leaders,” said Rommel Linatoc, a National Council of Churches official.
The World Council of Churches is a worldwide fellowship of 349 churches representing over 560 million Christians, seeking unity, a common witness and Christian service.
SHARED FROM: http://www.ucanews.com/2012/03/22/world-church-leader-gathering-begins/

Posted by Jesus Caritas Est at 1:43 PM No comments:

AFRICA : EGYPT : FUNERAL OF COPTIC POPE WITH THOUSANDS OF MOURNERS

ASIA NEWS REPORT:
Government authorities are showing great consideration for the death of the Egyptian Coptic pope who will be buried in the monastery where Sadat placed him under house arrest. Three people have been crushed by grieving crowds with another 137 injured. In honour of the late patriarch, a Christian and a Muslim family end a feud that cost 11 lives.

Cairo (AsiaNews/Agencies) - Tens of thousands of people are taking part in the funeral of Shenouda III, the pope of the Coptic Orthodox Church who died on Saturday at the age of 88. The service is underway in St Mark's Cathedral, in Cairo's Abbasseya neighbourhood. The authorities are showing great consideration for the head of the largest Christian community in the Middle East.

Across Egypt, it is a day of national mourning, with flags at half mask. The country's main leaders are paying their respect to the body, which will be flown to Wadr Naturn (Nile Delta) after the ceremony for burial in the cemetery of St Bushoy Monastery where the patriarch spent four years under house arrest (1981-1985) after he criticised the regime of the late President Anwar al-Sadat.

Coptic bishops from around the world are taking part in the service led by Abuna Paulos, patriarch of the Ethiopian Orthodox Church. "Because he is resting does not mean that we lost him," the latter said.

Following tradition, Shenouda's body was removed from the coffin and placed on the throne with his embroidered ceremonial red and gold vestments, a golden mitre on his head.

The authorities took huge security measures around the cathedral and the monastery where he will be buried. Many ambulances and medical staff are also present. Two days ago, crowds crushed to death three people, injuring an additional 137.

In honour of Shenouda's death, two families from a village in Minya province, Upper Egypt, ended a long-standing feud that caused 11 deaths.

Provincial governor General Serag Eddin al-Rouby said that the two families, one Muslim and one Christian, agreed to end the dispute when they heard about the patriarch's death.
http://www.asianews.it/news-en/Tens-of-thousands-line-up-for-Shenouda's-funeral-on-day-of-national-mourning-24282.html
Posted by Jesus Caritas Est at 1:41 PM No comments:

ARCHDIOCESE OF PERTH REPORT: 22 Mar 2012
Photo: Courtesy Michael Connelly/The Record
This is Archbishop Timothy Costelloe’s Homily, which he gave last night, 21 March, 2012 at St Mary’s Cathedral in Perth at his first Mass as Archbishop of Perth

Agenzia Fides REPORT - The community of the Dominican Sisters of Maryknoll celebrate 100 years since the founding of the congregation and 70 years of their presence in Bolivia. The missionaries are in the poorest areas of Bolivia: La Paz, Santa Cruz, Beni, and in the Apostolic Vicariate of Pando, where the missionary work is coordinated throughout Bolivia, closely with lay missionaries. Sister Nancy Connor, who lives in La Paz, recalls that the first nuns who arrived in Bolivia settled in the village of Riberalta, in the forest, where they later built a hospital. "This was the first mission in Latin America, the cradle of our mission," underlines Sister Nancy. At the time the population was not very big, and the nuns were able to visit all the sick, house by house.
The origins of the congregation dates back to January 16, 1912, when a group of women led by Josephine Rogers (1882-1955) who later became the first superior general of the congregation, began working at the secretariat of the Maryknoll missionary seminary (New York) . The sisters, now present in all the continents, are dedicated to teaching, health care, missionary work and social activity.
Following their founder, Sister Mary Josephine Rogers, who said "there is nothing more amazing as life, the greatest miracle is growth and development," her spiritual daughters are still encouraged to contemplate the wonderful works of God in people. "Many social projects that we started years ago have now expanded- says Sister Nancy – such as the project of San Miguel and the rehabilitation center for children with disabilities. This work was initiated by a aly woman and now accommodates several children and their families".
For the Maryknoll woman religious, the 70-year Riberalta represent a large growth, for which we must thank all the people who opened their arms and their hearts to the mission "from afar". "The future of our Church is in youth that want to build a work for one’s neighbor such as the kingdom of God, a kingdom of love and justice", says Sister Nancy. (CE) (Agenzia Fides 22/3/2012)
Posted by Jesus Caritas Est at 1:35 PM No comments:

Posted by Jesus Caritas Est at 1:24 PM No comments: