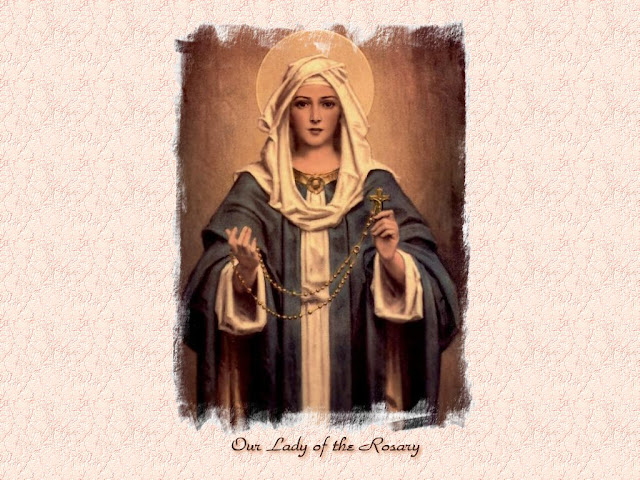 Apart from the signal defeat of the Albigensian heretics at the battle of Muret in 1213 which legend has attributed to the recitation of the Rosary by St. Dominic, it is believed that Heaven has on many occasions rewarded the faith of those who had recourse to this devotion in times of special danger. More particularly, the naval victory of Lepanto gained by Don John of Austria over the Turkish fleet on the first Sunday of October in 1571 responded wonderfully to the processions made at Rome on that same day by the members of the Rosary confraternity. St. Pius V thereupon ordered that a commemoration of the Rosary should be made upon that day, and at the request of the Dominican Order Gregory XIII in 1573 allowed this feast to be kept in all churches which possessed an altar dedicated to the Holy Rosary. In 1671 the observance of this festival was extended by Clement X to the whole of Spain, and somewhat later Clement XI after the important victory over the Turks gained by Prince Eugene on 6 August, 1716 (the feast of our Lady of the Snows), at Peterwardein in Hungary, commanded the feast of the Rosary to be celebrated by the universal Church. A set of "proper" lessons in the second nocturn were conceded by Benedict XIII. Leo XIII has since raised the feast to the rank of a double of the second class and has added to the Litany of Loreto the invocation "Queen of the Most Holy Rosary". On this feast, in every church in which the Rosary confraternity has been duly erected, a plenary indulgence toties quoties is granted upon certain conditions to all who visit therein the Rosary chapel or statue of Our Lady. This has been called the "Portiuncula" of the Rosary. Text shared from the Catholic Encyclopedia
Posted by Jesus Caritas Est at 10:42 PM No comments: Friday of the Twenty-sixth Week in Ordinary Time
Lectionary: 459

During the Babylonian captivity, the exiles prayed:
"Justice is with the Lord, our God;
and we today are flushed with shame,
we men of Judah and citizens of Jerusalem,
that we, with our kings and rulers
and priests and prophets, and with our ancestors,
have sinned in the Lord's sight and disobeyed him.
We have neither heeded the voice of the Lord, our God,
nor followed the precepts which the Lord set before us.
From the time the Lord led our ancestors out of the land of Egypt
until the present day,
we have been disobedient to the Lord, our God,
and only too ready to disregard his voice.
And the evils and the curse that the Lord enjoined upon Moses, his servant,
at the time he led our ancestors forth from the land of Egypt
to give us the land flowing with milk and honey,
cling to us even today.
For we did not heed the voice of the Lord, our God,
in all the words of the prophets whom he sent us,
but each one of us went off
after the devices of his own wicked heart,
served other gods,
and did evil in the sight of the Lord, our God."

Jesus said to them,
"Woe to you, Chorazin! Woe to you, Bethsaida!
For if the mighty deeds done in your midst
had been done in Tyre and Sidon,
they would long ago have repented,
sitting in sackcloth and ashes.
But it will be more tolerable for Tyre and Sidon
at the judgment than for you.
And as for you, Capernaum, 'Will you be exalted to heaven?
You will go down to the netherworld.'
Whoever listens to you listens to me.
Whoever rejects you rejects me.
And whoever rejects me rejects the one who sent me."
Posted by Jesus Caritas Est at 10:22 AM No comments:

#PopeFrancis "Jesus’ harshest words are reserved for those who give scandal to the little ones:" FULL TEXT on Child Dignity 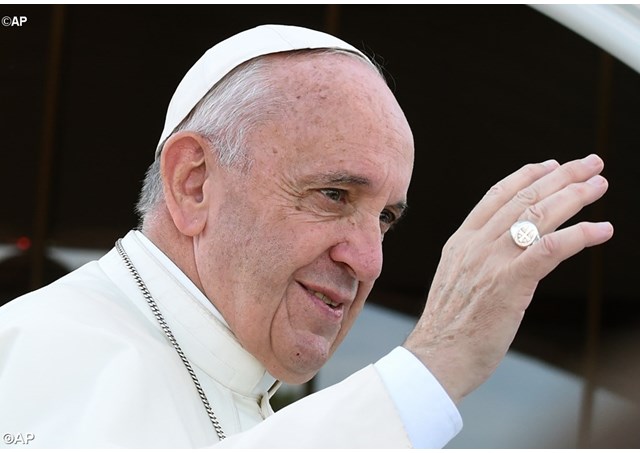 Vatican Radio) Pope Francis addressed the participants in the World Congress on Child Dignity in the Digital World. Hosted by the Pontifical Gregorian University and its Centre for Child Protection, the four-day event brought together different government and police representatives, software companies, religious leaders and medical experts specialized in the impact of on-line abuse. Below, please find the full text of Pope Francis' prepared remarks, in their official English translation. 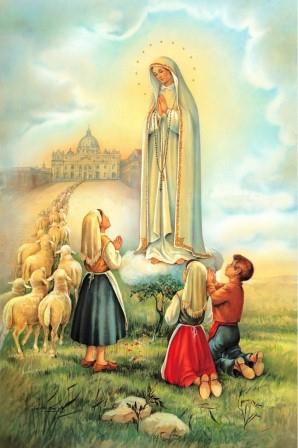 Our Lady of Fatima Novena Prayer

This is one of the most beautiful novenas that can be said.


(Say the Our Father, Hail Mary, and Glory Be three times each)
Fátima Prayers
The Pardon Prayer
My God, I believe, I adore, I hope and I love Thee! I beg pardon for all those that do not believe, do not adore, do not hope and do not love Thee.
The Angel's Prayer
O Most Holy Trinity, Father, Son and Holy Spirit, I adore Thee profoundly. I offer Thee the most precious Body, Blood, Soul and Divinity of Jesus Christ present in all the tabernacles of the world, in reparation for the outrages, sacrileges and indifferences by which He is offended. By the infinite merits of the Sacred Heart of Jesus and the Immaculate Heart of Mary I beg the conversion of poor sinners.
Most Holy Trinity, I adore you! My God, my God, I love you in the Most Blessed Sacrament.
The Sacrifice Prayer
O Jesus, it is for the love of You, in reparation for the offences committed against the Immaculate Heart of Mary, and for the conversion of poor sinners [Some add here "that I pray/do this"].  "O Jesus, it is for your love, for the conversion of sinners, and in reparation for sins committed against the Immaculate Heart of Mary."Acts of Reparation. T
Conversion and Salvation Prayers
By your pure and Immaculate Conception, O Mary, obtain the conversion of Russia, Spain, Portugal, Europe and the whole world! Sweet Heart of Mary, be the salvation of Russia, Spain, Portugal, Europe and the whole world.
Lucia said that Mary called for a series of devotions, including the Five Saturdays, frequent recitation of the Rosary, and prayers for the conversion of Russia – at the time viewed by the Church as a godless, Communist nation.

DEVOTION OF THE FIVE FIRST SATURDAYS

The following is an explanation of the conditions contained in Our Lady's request regarding the Communion of reparation on the First Saturdays of the Month.
Posted by Jesus Caritas Est at 7:01 AM No comments: 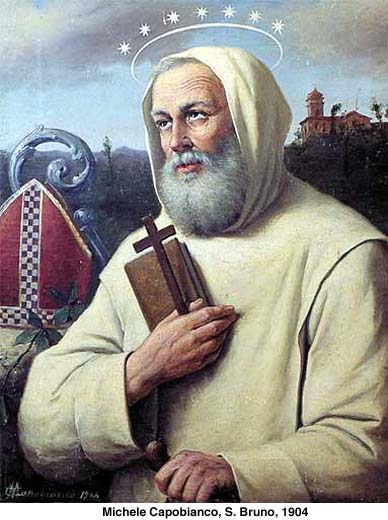