#PopeFrancis Prayer Intentions for March “That families in need may receive the necessary support..." to SHARE 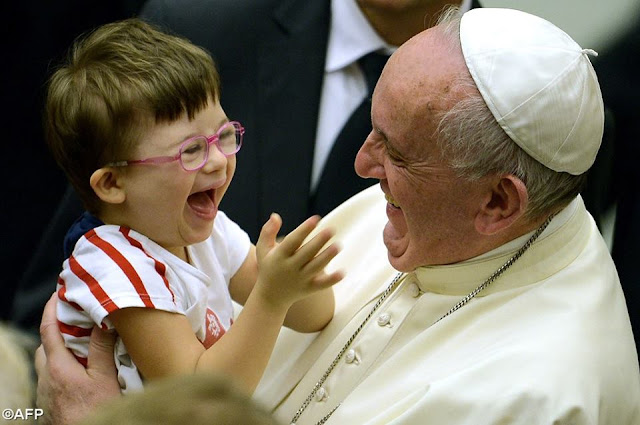 Pope Francis' Prayer Intentions for March Vatican City, 29 February 2016 (VIS) - The Holy Father's universal prayer intention for February is: “That families in need may receive the necessary support and that children may grow up in healthy and peaceful environments.” His intention for evangelisation is: “That those Christians who, on account of their faith, are discriminated against or are being persecuted, may remain strong and faithful to the Gospel, thanks to the incessant prayer of the Church."
Posted by Jesus Caritas Est at 11:19 AM No comments:

Catholic Quote to SHARE by #PadrePio "Confession is the soul's bath..." on #Confession - St. Pio 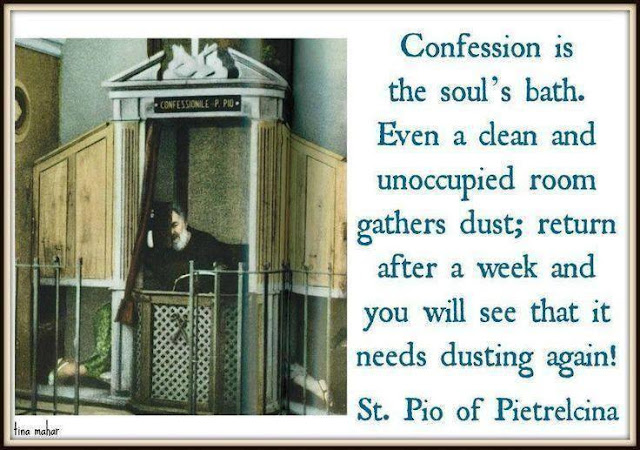 "Confession is the soul's bath. You must go at least once a week. I do not want souls to stay away from confession more than a week. Even a clean and unoccupied room gathers dust; return after a week and you will see that it needs dusting again!" -St. Padre Pio
Posted by Jesus Caritas Est at 11:00 AM 1 comment:

FULL TEXT #Pope Francis "this is our Father’s love; this is God’s mercy." #Audience with Video 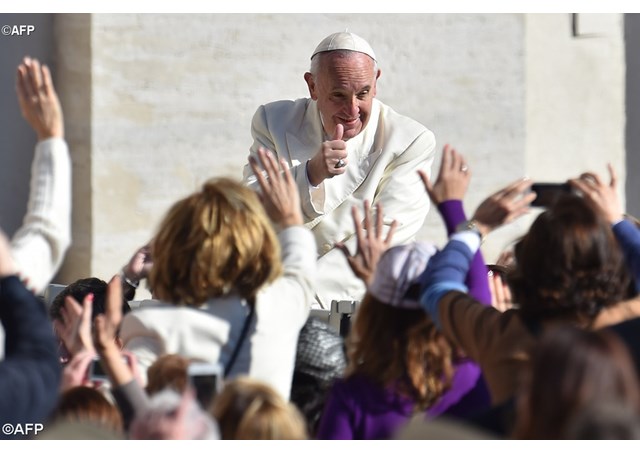 Greeting in Italian
I give a cordial welcome to the Italian-speaking faithful. I am happy to receive the public administrators of the territory of the diocese of Cefalu with the Bishop, Monsignor Vincenzo Manzella; the delegation of the Benedictine torchlight procession “pro pace et Europa una,” accompanied by the Archbishop of Spoleto-Norcia, Monsignor Renato Boccardo and the guests of Emmaus House with the Archbishop of Cagliari, Monsignor Arrigo Miglio. I greet the pupils of the Course of Formation for Fire Fighters; the sixth regiment of the Genio Pionieri; Focolares from several countries; children affected by congenital glaucoma and the group of sick of Mondovi with the Bishop, Monsignor Luciano Pacomio. I hope for all that this Jubilee of Mercy’s Lent fosters in all a rapprochement to God and a constant exercise of the works of material and spiritual mercy.
I greet the young people, the sick and the newlyweds. Day after tomorrow will be the first Friday of the month, dedicated to the devotion to the Heart of Jesus. Dear young people, spend the day in which we remember Jesus’ death with particular spiritual intensity; dear sick, look at the cross of Christ as support in your suffering; dear newlyweds, exercise in your conjugal home fasting from bad works and the practice of the virtues.
[Original text: Italian] [Translation by ZENIT]
Posted by Jesus Caritas Est at 10:39 AM No comments: 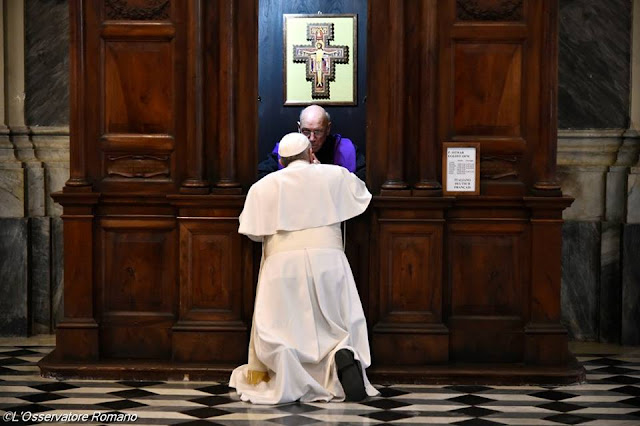 Posted by Jesus Caritas Est at 10:21 AM No comments: 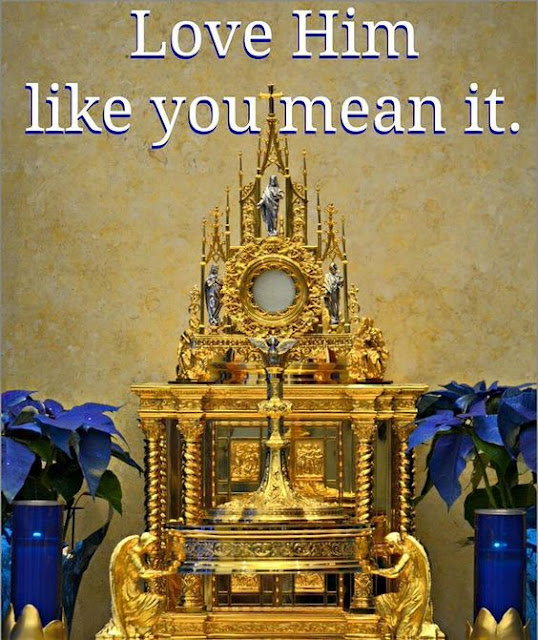 Wednesday of the Third Week of Lent
Lectionary: 239

Moses spoke to the people and said:
“Now, Israel, hear the statutes and decrees
which I am teaching you to observe,
that you may live, and may enter in and take possession of the land
which the LORD, the God of your fathers, is giving you.
Therefore, I teach you the statutes and decrees
as the LORD, my God, has commanded me,
that you may observe them in the land you are entering to occupy.
Observe them carefully,
for thus will you give evidence
of your wisdom and intelligence to the nations,
who will hear of all these statutes and say,
‘This great nation is truly a wise and intelligent people.’
For what great nation is there
that has gods so close to it as the LORD, our God, is to us
whenever we call upon him?
Or what great nation has statutes and decrees
that are as just as this whole law
which I am setting before you today?

“However, take care and be earnestly on your guard
not to forget the things which your own eyes have seen,
nor let them slip from your memory as long as you live,
but teach them to your children and to your children’s children.”

Your words, Lord, are Spirit and life;
you have the words of everlasting life.

Jesus said to his disciples:
“Do not think that I have come to abolish the law or the prophets.
I have come not to abolish but to fulfill.
Amen, I say to you, until heaven and earth pass away,
not the smallest letter or the smallest part of a letter
will pass from the law,
until all things have taken place.
Therefore, whoever breaks one of the least of these commandments
and teaches others to do so
will be called least in the Kingdom of heaven.
But whoever obeys and teaches these commandments
will be called greatest in the Kingdom of heaven.”
Posted by Jesus Caritas Est at 8:28 AM No comments: