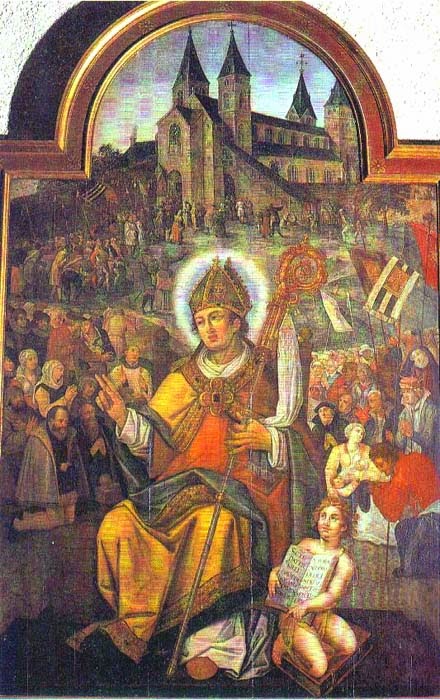 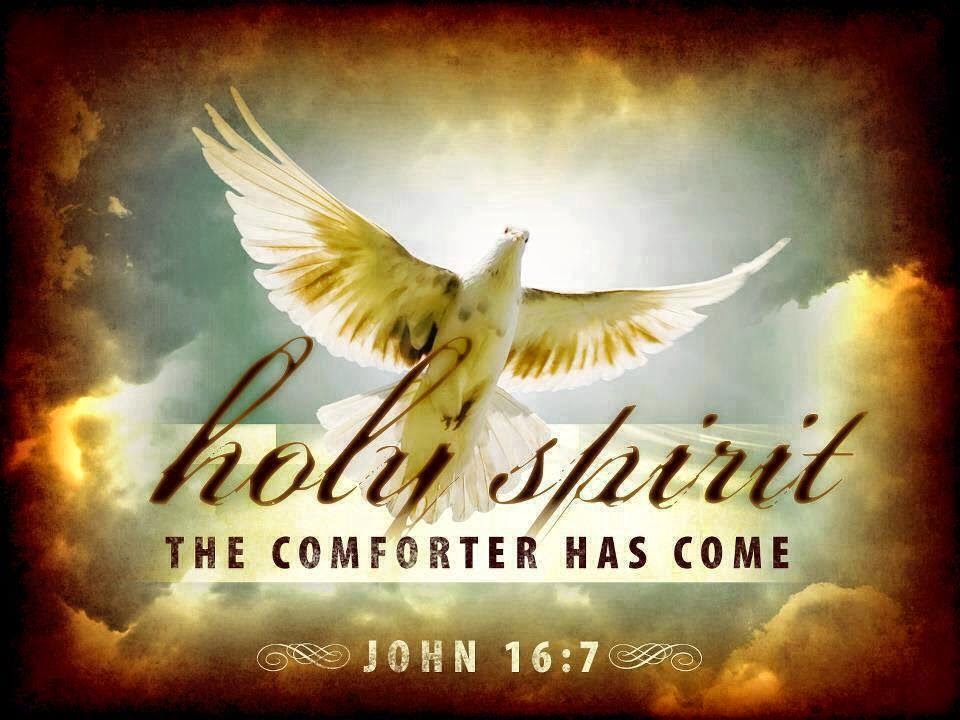 Brothers and sisters:
We are the circumcision,
we who worship through the Spirit of God,
who boast in Christ Jesus and do not put our confidence in flesh,
although I myself have grounds for confidence even in the flesh.

If anyone else thinks he can be confident in flesh, all the more can I.
Circumcised on the eighth day,
of the race of Israel, of the tribe of Benjamin,
a Hebrew of Hebrew parentage,
in observance of the law a Pharisee,
in zeal I persecuted the Church,
in righteousness based on the law I was blameless.

But whatever gains I had,
these I have come to consider a loss because of Christ.
More than that, I even consider everything as a loss
because of the supreme good of knowing Christ Jesus my Lord.

The tax collectors and sinners were all drawing near to listen to Jesus,
but the Pharisees and scribes began to complain, saying,
“This man welcomes sinners and eats with them.”
So Jesus addressed this parable to them.
“What man among you having a hundred sheep and losing one of them
would not leave the ninety-nine in the desert
and go after the lost one until he finds it?
And when he does find it,
he sets it on his shoulders with great joy
and, upon his arrival home,
he calls together his friends and neighbors and says to them,
‘Rejoice with me because I have found my lost sheep.’
I tell you, in just the same way
there will be more joy in heaven over one sinner who repents
than over ninety-nine righteous people
who have no need of repentance.

“Or what woman having ten coins and losing one
would not light a lamp and sweep the house,
searching carefully until she finds it?
And when she does find it,
she calls together her friends and neighbors
and says to them,
‘Rejoice with me because I have found the coin that I lost.’
In just the same way, I tell you,
there will be rejoicing among the angels of God
over one sinner who repents.”
Posted by Jesus Caritas Est at 9:12 AM No comments:

Pope Francis "..God goes all the way, to the very limit, He always goes to the limit..." Homily

Pope Francis preaches at Mass Thursday morning in Casa Santa Marta - OSS_ROM
06/11/
(Vatican Radio) The true Christian is not afraid to get his hands dirty by reaching out to sinners, even at the risk of losing his reputation, because as the parable of the Good Shepherd teaches us, no one should be lost, said Pope Francis at Mass on Thursday morning.
Pope Francis based his homily on the two parables of the lost sheep and the lost coin. The Pharisees and scribes were scandalized because Jesus "welcomes sinners and eats with them". "It was quite a scandal at the time, for these people," observed the Pope. "Just imagine if there had been press at that time!”. "But Jesus came for this very reason: to look for those who had strayed from the Lord”. These two parables - he said - "allow us to see what the heart of God is like. God does not stop, God does not go up to a certain point, God goes all the way, to the very limit, He always goes to the limit; He does not stop at the half way point on the journey of Salvation, as if to say 'I did all I could, it’s their problem. He always goes, moves out, takes to the field".
The Pharisees and the scribes, however, stop "half-way. They were only concerned about balancing their profits and losses and were quite content with this.  'Yes, it's true, I've lost three coins, I lost ten sheep, but I earned a lot more”. This does not even enter God’s mind, God is not a moneymaker, God is a Father and He goes to the very end to save us, to the limit. This is God’s love.  Half-way shepherds are so sad”.
"It is sad to see a shepherd open the doors of the church and just stand there waiting. It’s sad that the Christian does not feel within, in his heart, the need, the need to go to tell others that the Lord is good. How much perversion there is in the hearts of those who think they are righteous, like these scribes, these Pharisees. Well, they do not want to dirty their hands with sinners. Let us recall what they thought, 'Well, if he were a prophet, he would know that she is a sinner'. The contempt. They used people, then they despised them".
"Being a half-way shepherd - Pope Francis said - is a defeat". "A shepherd must have the heart of God, go to the very limit" because he does not want anyone to be lost:

"The true shepherd, the true Christian has this zeal within: no one should be lost. And this is why they are not afraid to get his hands dirty. He is not afraid. He goes where he needs to go. He risks his life, he risks his reputation, he risks losing his comforts, his status, even lose his ecclesiastical career as well, but he is the Good Shepherd. Even Christians have to be this way. It is so easy to condemn others, as they [the Pharisees] did - the tax collectors and sinners - it's so easy, but it is not Christian! It is not [the attitude of] the children of God. The Son of God goes to the very limit, the giver of life, as Jesus gave his for others. He cannot be content, keeping to himself: his comfort, his reputation, his peace of mind. Remember this: no half-way shepherds, never! No half-way Christians, never! That’s what Jesus did".
"The good shepherd, the good Christian - said the Pope – is outward bound, is always outward bound: he is moves out of himself, he moves toward God in prayer, in worship; he moves out towards others to bring them the message of salvation”. The good shepherd and the good Christian know what tenderness is:
"These scribes, the Pharisees did not know, did not know what it means to set the sheep on his shoulders, with tenderness, and bring it back to its place. These people do not know what joy is. The half-way Christian and shepherd knows perhaps know some fun, calm, a certain peace, but joy, the joy there is in heaven, the joy that comes from God, the joy that comes from the heart of a father who saves! 'I have heard the cries of the Israelites and I took to the field’! This is so beautiful; do not be afraid that they badmouth us because we go to visit our brothers and sisters who are distant from the Lord. Let us ask this grace for each of us and for our Mother, the Holy Church. "(Emer McCarthy)
Posted by Jesus Caritas Est at 9:08 AM No comments:

Pope Francis "... it is essential that you keep always before you the needs, experiences and realities of families in your efforts to spread the Gospel... 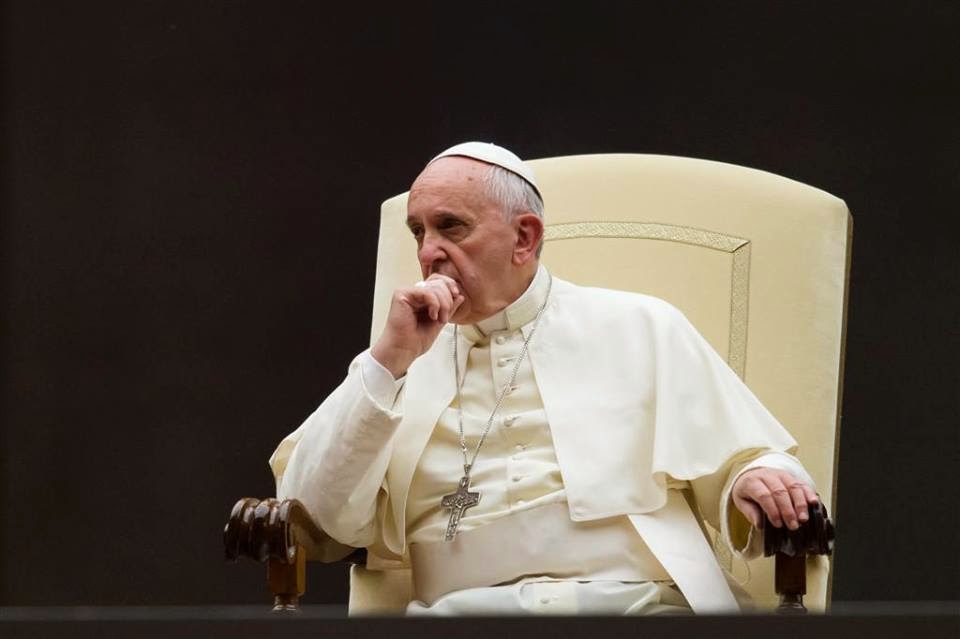 Dear brothers, the number of people in Malawi living in poverty and who have a much reduced life expectancy is a tragedy. My thoughts go to those suffering from HIV/AIDS, and particularly to the orphaned children and parents left without love and support as a result of this illness. Continue to be close to those in distress, to the sick, and especially to the children. I ask you, particularly, to offer my gratitude to the many men and women who present Christ’s tenderness and love in Catholic healthcare institutions. The service which the Church offers to the sick, through pastoral care, prayer, clinics and hospices, must always find its source and model in Christ, who loved us and gave himself up for us (cf. Gal 2:20). Indeed, how else could we be followers of the Lord if we did not personally engage in ministry to the sick, the poor, the dying and the destitute? Our faith in Christ, born of having recognized our own need for him who has come to heal our wounds, to enrich us, to give us life, to nourish us, “is the basis of our concern for the integral development of society’s most neglected members” (Evangelii Gaudium, 186). I thank you for being close to those who are ill and all the suffering, offering them the loving presence of their shepherd. With these thoughts, dear brother Bishops, I commend all of you to the intercession of Mary, Mother of the Church, and with great affection I impart my Apostolic Blessing, which I willingly extend to all the beloved priests, religious and lay faithful of Malawi. From the Vatican, 6 November 2014
Posted by Jesus Caritas Est at 8:52 AM No comments:

Pope Francis "The reality of our divisions disfigures the beauty of the seamless garment of Christ but never..." Full Text to Evangelical Alliance